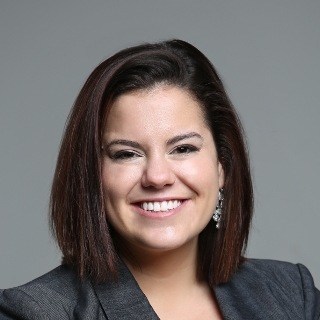 A Louisville native, Abigail grew up in the Middletown area and attended Sacred Heart Academy where she earned her International Baccalaureate diploma. She graduated from DePauw University in Greencastle, IN with a Bachelor of Arts degree in Psychology. She then returned to Louisville to obtain her Juris Doctor from the University of Louisville Louis D. Brandeis School of Law. During law school, Abigail served as a law clerk drafting documents including wills, trusts, and petitions for divorce. Abigail also served as an extern at the Jefferson County Commonwealth Attorney’s Office. It was during her externship that Abigail realized her passion for litigation. Abigail served as a staff attorney at the Louisville Metro Public Defender for over four years. During that time, she represented over a thousand adult and juvenile indigent defendants charged with felonies, misdemeanors, DUIs, traffic offenses, status offenses, and contempt of court. She has successfully represented clients in nearly every proceeding in Jefferson District, Circuit and Family courts including probable cause hearings, contempt hearings, detention hearings, revocation hearings, suppression hearings, disposition hearings, waiver hearings, sentencing hearings, automatic transfer hearings, and trials. At Kellner Green, Abigail focuses primarily in the area of family law on high conflict divorce and custody cases. Abigail represents clients on all dockets in Jefferson Family Courts including circuit, dependency, neglect and abuse, paternity and EPO/DVO dockets. The remainder of her practice is focused on criminal and juvenile defense. Abigail was selected to serve as an appointed guardian ad litem in Jefferson Family Court. Abigail serves as a Barrister member of the Louis D. Brandeis Inns of Court, she is a co-chair of the Alumni Advisory Committee to the Kentucky Alpha Chapter of Pi Beta Phi and serves on the Sacred Heart Academy Alumnae Board.