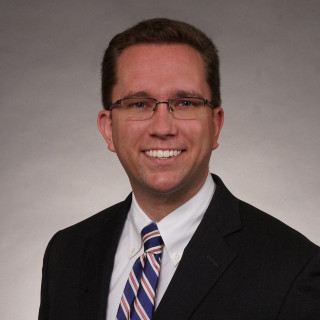 Florida Injury Attorney who has recovered millions of dollars for his clients. Call for a free consultation: 833-444-2326.

Adam Rieth is a litigation attorney with the Barnes Trial Group. In his career as an injury attorney, he has recovered millions of dollars for his deserving clients. Prior to joining the Barnes Trial Group, Mr. Rieth worked at one of Florida’s largest and oldest insurance-defense firms. Over the course of a half decade at the defense firm, Mr. Rieth tried cases ranging from medical-malpractice wrongful death to trip-and-fall negligence. He also litigated numerous catastrophic claims involving many complex facts and legal issues. Mr. Rieth was frequently called upon to investigate wrongful-death cases, tractor-trailer crashes, dram-shop/alcohol liability related incidents, premises-liability incidents, sexual-assault cases, and professional malpractice matters.

Prior to his work in insurance defense, Mr. Rieth was an Assistant State Attorney (“ASA”) in Pinellas County, Florida. As an ASA, Mr. Rieth tried over 30 jury trial to verdict, in the majority of which he was the sole or lead attorney. Before being promoted to a felony division, Mr. Rieth served as a Lead Trial Attorney for misdemeanor division, where he supervised and mentored several younger attorneys. Mr. Rieth was also selected as a governor-appointed prosecutor for several conflict cases in neighboring Hillsborough County.

Q. I was seriously injured as a passenger in a golf cart accident and was airlifted to have emergency spinal surgery.
January 19, 2023
A: Potentially, but more information is needed. You need to immediately consult with an experienced injury attorney. I have handled numerous golf cart injuries, and the theories of liability range, such as: malfunctioning golf cart, course design issues, etc. Please consult with an experienced attorney as soon as possible.

Q. involved in a car accident on 10/11/2021 . Was working for randstad source right which is a contractor for fedex ground
September 6, 2022
A: You can often treat with providers on "letters of protection" and not pay up front, but out of the proceeds of a case. Generally, medical providers offer this if you have an attorney pursuing an injury case. You should consult with an experienced injury attorney as soon as possible.