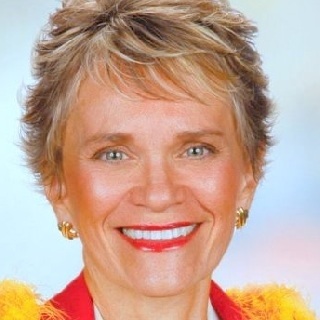 Adrienne Sepaniak King was born in Detroit, Michigan. She graduated from the Academy of the Sacred Heart in Bloomfield Hills, Michigan in 1965 and from the University of Detroit with a Bachelor of Science Degree B. S. (Biology major, Chemistry, minor) in 1969. She graduated from the University of Detroit Law School in 1972, having served on the Law Review as Articles Editor. She worked as one of the five original interns in the Wayne County Prosecutor’s office under a grant from the Law Enforcement Assistance Administration (LEAA), a U.S. federal agency within the U.S. Dept. of Justice. Notably, while at the Wayne County office, she worked under Patricia Boyle, who later was appointed a Federal District Judge for the Eastern District of Michigan and subsequently became a Justice on the Michigan Supreme Court. With the creation under the Nixon administration of the Environmental Protection Agency and Act, Adrienne was looking to expand her horizons. She was solicited to volunteer as an intern for Life of the Land, the only environmental group in Hawaii at the time. Life of the Land valued the combination of Adrienne’s Bachelor of Science with her Juris Doctor Degree. Two weeks after having graduated from the University of Detroit Law School, in May 1972, she was here on the island working out of Life of the Land’s original office on Waimanu St., while studying for the bar exam, which she passed in September. In October, Prosecuting Attorney Barry Chung, in Mayor Frank Fasi's administration, hired her, only the third woman in the office at the time. From 1973 to 1976, Adrienne handled cases, from traffic infractions to hundreds of felonies. She tried over 30 jury trials to verdict with a 74% conviction rate. She was the first woman to try a murder case in Hawaii, securing a conviction to First Degree Murder. In late 1974, she was specially assigned to prosecute Elizabeth Greenwell, of a very prominent Big Island family, for shooting a homeless wom

President's Citation
Rotary Club Waikiki
2012
In recognition of meritorious service and for furthering the principles and ideals of the Rotary way of life.

Recognition Outstanding Contribution to State of Hawaii
Hawaii State Senate
2012
The Legislature takes great pride in recognizing outstanding individuals who positively contribute to the social fabric of Hawaii dedicating their time, energy and resources through their service and by their example, create a lasting legacy to the community. It is a pleasure and privilege for the Hawaii State Legislature to formally recognize ADRIENNE KING as one such person. ADRIENNE KING is a partner with King and King, Attorney-at-Law. She was a former deputy prosecuting attorney and corporation counsel for the City and County of Honolulu and is often described as one of the State’s most formidable family law advocates. While serving the city from 1972 to 1993, she oversaw hundreds of cases, including more than 25 jury trials and 50 felony cases, and was the first woman to serve as chief of the trials division for the Office of the Corporation Counsel. Not one to shy away from public service, she also has served on the City’s Zoning Board of Appeals and even ran for lieutenant governor in 2010. The Detroit native earned both her bachelor’s in biology and her law degree from the University of Detroit and moved to Hawaii in 1972 to intern for the environmental group Life of the Land. She and her husband, Samuel P. King, Jr., son of the late federal Judge Samuel P. King, are partners in their law firm King & King, Attorneys-at-Law, which specializes in family law, criminal defense and personal injury law. ADRIENNE KING identifies the biggest challenge is working with clients on ameliorating difficult situations with clients, getting them through it emotionally, psychologically and financially. The clients they help [often] don’t have the money to pay, at least not the entire fee. She believes, “What you put out comes back..." The Senate of the Twenty-Sixth Legislature of the State of Hawaii hereby congratulates ADRIENNE KING on being recognized [as a finalist] for Businesswoman of the Year - For Profit by the Pacific Business News and thanks her for her numerous contributions to Hawaii and its people. The Senate extends its warmest aloha and expresses its best wishes for success in all future endeavors to her and her family. SIGNED ACCORDINGLY

Assn Plaintiffs Lawyers of Hawaii
Member, Board of Directors
1988 - 1990