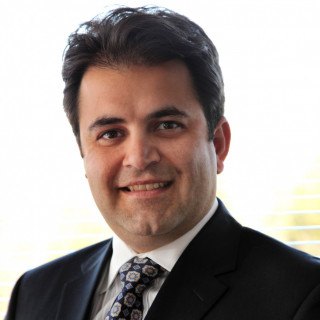 Ali Herischi is the principal at the law firm of Herischi & Associates. He practices in areas of human rights litigation, which includes FSIA, ATCA, TVPA, and ATA. His practice also includes labor and employment, Iran's sanctions, immigration, and technology business startups.

Additionally, he represents clients in business negotiation and mediation settings. Mr. Herischi is a licensed mediator and conducts mediation sessions for business, family and individual conflicts.

Mr. Herischi also provides strategic consulting with technology startups, and work as in-house counsel. He is is a member of board of directors of few startup and not-for-profit companies.

Mr. Herischi is a graduate of the University of Maryland School of Law. While at Maryland Law, he was president of the International Law Society for two years, vice president of the Alternative Dispute Resolutions Group, and competed in ABA regional negotiation competition. In addition, he achieved the University of Maryland's Dr. Martin Luther King Jr. Diversity Award for his effort in establishing a program to help rebuild the Golf Coast legal system after hurricanes Rita and Katrina.

Prior to his legal career, Mr. Herischi worked as an engineer at Hughes Network Systems, the global leader in the satellite industry. He was responsible for design and implementation for several enterprise clients including Walmart and Murphy Oil. Mr. Herischi received a Master of Science degree in Information Systems and Technology from the Johns Hopkins University School of Engineering.


Mr. Herischi was the general manager of the Seven Magazine and has been appeared on CNN, FOX45, DW Radio, and NPR, VOA, BBC and other major media.

US Court of Federal Claims

US District Court for District of Columbia