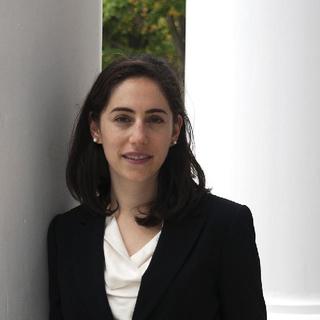 Attorney Silber specializes in family law, mediation, and negotiation. After graduating from the University of Pennsylvania, cum laude, Attorney Silber joined Teach For America and taught English to low income students in New Orleans. Attorney Silber then attended the University of Maryland School of Law, where she participated in the negotiation team and won the school’s negotiation competition. Attorney Silber was a student attorney in the University of Maryland’s Mediation Clinic, and she became certified in mediation and family law mediation. She has mediated domestic relations matters, as well as matters in the District Court of Baltimore City, the Equal Employment Opportunity Commission, and the Maryland Home Improvement Commission. Attorney Silber graduated with a concentration in alternative dispute resolution. Attorney Silber’s work experience provides her with a deep understanding of the court system, as well as with sensitivity to her divorce clients. Attorney Silber clerked for the Honorable Zinora M. Mitchell-Rankin at the Superior Court of the District of Columbia, on the domestic relations calendar. Additionally, she has worked for the Immigrant Women Program at Legal Momentum, as well as the Sexual Assault Institute of Maryland. Attorney Silber is the published co-author of Custody of Children in Mixed-Status Families: Preventing the Misunderstanding and Misuse of Immigration Status in State-Court Custody Proceedings, which appeared in the Summer 2013 issue of Family Law Quarterly. Attorney Silber is a member of the Massachusetts Bar Association.