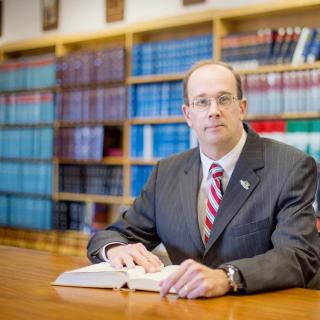 Allan L. Dollison was born in Los Angeles and grew up in Newport Beach, CA in Orange County, where he graduated from Newport Harbor High School. He lettered in Cross Country and Track and ran an impressive personal best 4:58 Mile, while as a Freshman at the age of 14. Allan continued his educational career in Orange County receiving his B.A in Political Science from Cal State Fullerton in 1991, and his J.D. from Western State University, College of Law in 1994.

Upon his graduation from Cal State Fullerton, he was commissioned as a Second Lieutenant in the Army Reserve, by his Friend (and now Santa Ana Federal Judge) the Hon. David O. Carter. Allan has successfully maintained the necessary balance of both a legal and military career. He has practiced law in California for 26 years and has completed 36 Jury Trials in both Civil and Criminal Law. He has tried vehicle accidents, wrongful death, products liability, and Federal Civil rights cases to verdict.

In the criminal law realm, he has served as both a Public Defender and Senior Prosecutor, wherein he tried Murder, Rape, Robbery and Sexual Violent Predator cases to verdict. He practiced law overseas where he was an Assistant Attorney General for the U.S. Protectorate, the Commonwealth of the Northern Mariana Islands, where he lived and worked on the main island of Saipan, a critical battlefield site in WWII.

Allan has risen up the ranks in the military where he currently holds the rank of Colonel. He has twice commanded at the Company, Battalion and Brigade level. He is a veteran of the Wars in Afghanistan and Iraq, where he was awarded the Bronze Star twice, the Combat Action Badge, and he is a 5-Time Recipient of the Meritorious Service Medal.

From 2015-2017, Allan attended (both Online and in Person), the prestigious U.S. Army War College in Carlisle, PA, earning a Masters Degree in Strategic Studies.