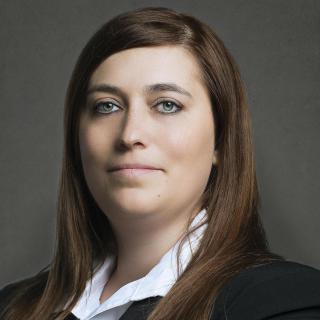 Amber Fuhriman, Esq., belongs to a rare class of Nevada attorneys who is equally competent in both criminal defense and immigration law. She has helped numerous foreigners gain permanent residency and citizenship. And when her immigrant clients face criminal charges, she knows how to defend them so as to minimize the chances of them being deported. So far Amber has accrued tremendous experience both in legal research and writing and in the courtroom. She already argued in front of the Ninth Circuit Court of Appeals in San Francisco twice, and she has been victorious on appeal to the Board of Immigration Appeals. She has defended against a wide range of criminal offenses, including DUI, battery domestic violence, robbery, and possession of child pornography. Amber graduated from Thomas M. Cooley Law School with Magna Cum Laude honors and in the top 3% of her class. She was first in her class in two courses: professional responsibility and death penalty law. She also excelled in Cooley's Moot Court and Mock Trial teams. While still a law student, Amber trained for a career in criminal defense as a law clerk with the Washtenaw County Public Defender's Office in Ann Arbor, Michigan, and then the Clark County Public Defender's Office in Las Vegas, Nevada. Amber can practice law in both state and federal court in Nevada as well as the Ninth Circuit Court of Appeals and the Board of Immigration Appeals. She earned her bachelor's degree in political science from Idaho State University. Amber has also practiced law in the areas of personal injury and family law.