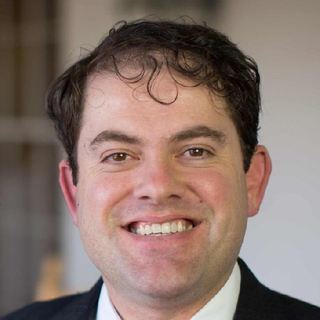 André Bélanger, a graduate of Loyola University, is a highly-respected criminal defense attorney serving the people of Baton Rouge, Louisiana, and surrounding areas of Ascension Parish and New Orleans, for one of Baton Rouge's top-25 law firms. In his 15 years of practicing law, Mr. Bélanger has handled thousands of criminal cases at both the pre-trial and trial stage, including approximately 200 trials. This trial experience includes homicide defense and prosecution, large drug conspiracies and fraud cases making Belanger one of the few attorneys capable of handling even the largest, most complex federal cases. Having spent years devoted to developing a top tier regional law practice for federal court and state court litigation, Mr. Bélanger is admitted to practicing law in all federal courts in both Louisiana, Mississippi, the United States Supreme Court and the U. S. Fifth Circuit Court of Appeals. A strong commitment to the justice system, Mr. Bélanger has begun to forge his trial skills in the criminal courtroom in an effort to establish his own personal injury trial practice. This is a major boon for his clients, as few personal injury “trial attorneys” have appreciable jury trial experience. Mr. Bélanger is a member of the National Association of Distinguished Counsel’s Top 1%, was also recently nominated to the National Trial Lawyers Association’s “Top 100 Lawyers” list for the third year in a row, as well as recognized as one of Louisiana’s Super Lawyers.

23rd JDC Indigent Defender Board
2003 - 2007
Handled conflict cases for the indigent defender board in Ascension, Assumption and St. James Parishes.

The Anantomy of a DWI Arrest
Self Published
2015

The Practice of Criminal Defence: Why We Fight and Defend Those Most Imperilled Every Day
International Journal of Public Law and Policy
2012

Q. How long do you have to serve,on second degree murder to be pardon in Louisiana
March 17, 2016
A: you are not entitled to a pardon. That said, you can apply for a pardon or commutation of sentence.

Q. I have verification of first offender pardon for dwi 3rd offense. Can I possess a firearm now?
March 17, 2016
A: This is a common an tricky question. My simple advice to you is NO. Under La 14:95.1, the DWI wouldn't prohibit gun possession. Not every Louisiana felony will. That said, ANY felony prohibits your ability to possess a gun as a matter of Federal law. Also, the First Offender Pardon DOES NOT restore gun rights to those adversely affected. You'll need a Governor's pardon to do that.

Q. I need a disposition of an arrest that was reduced with a lawyer for a new job? How do I get this?
March 17, 2016
A: you can likely pay your local sheriff's office to do a background check. Similarly, many state police headquarters do the same. Also, you can go to the clerk of court and get a certified minute entry showing a reduced charge.