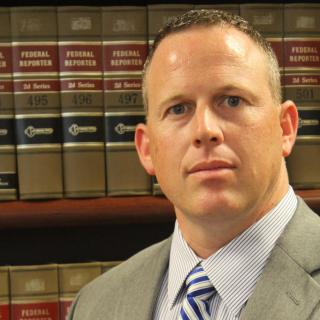 Born just south of Dallas, and true to his Texas roots, Andrew M. Lloyd fights proudly for families and justice. He exemplifies the attitude contained in the phrase - Don’t mess with Texas! He doesn’t let people mess with his clients, either. Big government and belligerent litigators threaten his clients’ lives, so he defends them. He’s a negotiator by birth and an attorney by trade, whose ultimate prowess and skill lie in the courtroom. He’s tenacious, witty, intelligent, and scrappy. With a nickname like “Texas Spanker,” what else would you expect? A former prosecutor and Texas Super Lawyer 4 years in a row, he’s been handling criminal and family law cases in front of Judges and juries for over a decade with a finesse and charisma that leaves people in awe. He can change the pace of a case quickly, understanding the underpinnings of the justice system and the inner workings of a case file. He’s real. He’s personal. And he’s a fighter. He’s the Vice President of the Denton County Bar Association, former Vice President of the Denton County Criminal Defense Lawyer’s Association, and 5-time Master of Ceremonies for the annual Denton County Bench Bar Conference, where all the local Judges and lawyers spend time learning the law. He’s been a guest speaker several times over the years at these and other legal conferences. Outside of the courtroom, Andrew’s the ultimate family man and churchgoer. He’s a father of four awesome children and husband to his beautiful Inga. He enjoys cycling, running, and racquetball and has competed in many triathlons. He’s also a martial artist, having learned the craft of Wing Tsun Kung Fu for many years and is currently studying American Karate, where he is two belts away from Black Belt.