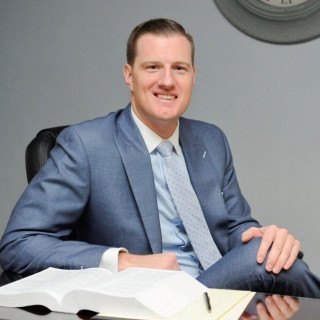 Pittsburgh Attorney Andrew O. Stiffler is a 2013 graduate of Duquesne University School of Law, where he graduated in the top 25% of his class, and was awarded the Leo J. Loughren Endowed Scholarship. While in law school, Attorney Stiffler was a member of the Appellate Moot Court Board as well as the Louis L. Manderino Honor Society.

In both 2011 and 2012, he represented the University in the American Bar Association Arbitration Competition. During the Spring of 2011, Pittsburgh Attorney Andrew O. Stiffler was awarded the Excellence in Legal Writing Award, an accolade given to the student with the Best Appellate Brief in their respective Legal Writing Class. Prior to law school, Attorney Stiffler earned a Bachelor of Arts in Communication from Villanova University, where he was a member of the Varsity Baseball team, Dean’s List, and Communication Honors Society.

Attorney Stiffler, a Bedford, PA native, prides himself on being a young and energetic practitioner. He has handled numerous cases, both in the Minor Judiciary and the Court of Common Pleas, and has served as an Arbitrator in the 5th Judicial District. Over twenty attorneys, across Western Pennsylvania, have trusted Attorney Stiffler to cover hearings when scheduling conflicts arise.

Supreme Court of the State of Pennsylvania

United States District Court for the Western District of Pennsylvania