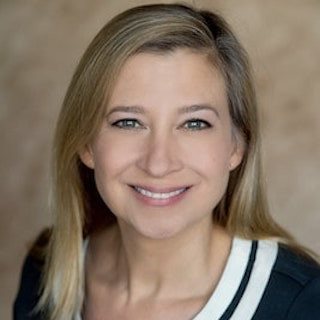 Anna is a North Carolina native who has been practicing law for more than 23 years. She received a B.A. in English from the University of North Carolina at Chapel Hill in 1991, and her law degree from George Washington University in 1994. She first became licensed to practice law in Virginia in 1994, followed by Washington, D.C. in 1995.

In 1996, she returned to North Carolina and has been practicing here ever since. She concentrates her practice in the areas of Workers' Compensation and Social Security Disability.

Anna is rated AV Preeminent by Martindale-Hubbell®, the facilitator of a peer review ratings process. Ratings reflect the anonymous opinions of members of the bar and the judiciary. Martindale-Hubbell Peer Review Ratings fall into two categories - legal ability and general ethical standards. Anna is also included in the 2018 & 2019 editions of Best Lawyers In America® for Workers Compensation Law-Claimants and is included on the list of North Carolina Super Lawyers® for 2015-2016, 2018 and 2019.

Anna currently acts as the State Bar Councilor for the 28th Judicial District. She also serves as a Mountain Area Volunteer Attorney, representing people who are seeking Medicaid for the disabled. In the past, she has served as president of the WNC Chapter of the N.C. Association of Women Attorneys; as a member of the North Carolina Bar Association’s Medico-Legal Liason Committee; as treasurer and a board member of Pisgah Legal Services; on the board of Hanger Hall School for Girls; and on the board of Pathways, Life After Cancer.

She lives in Asheville with her husband and two daughters.

WNC Chapter of the N.C. Association of Women Attorneys
Past President
Current