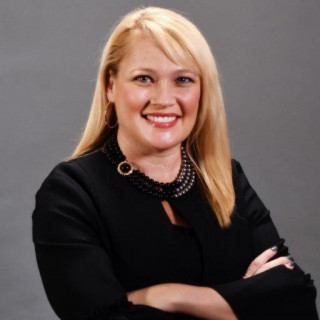 Anna Katherine Stone has been practicing workers' compensation, personal injury and social security disability since 2003. She was a partner/shareholder with the law firm of Barbas, Nunez, Sanders, Butler & Hovsepian, P.A. from January 2010 until September 2018 when she left to open her own law practice, Injury Florida Law Firm, P.A., in October 2018. All of her files are handled exclusively by Ms. Stone and her legal assistants. She is readily accessible by phone, email and even text messages. Ms. Stone believes in walking the client thru every step of the case.

She obtained her undergraduate degree from the University of Mississippi in 1999 and then went on to obtain her Juris Doctorate degree from South Texas College of Law in 2002. She has been admitted to practice law since 2002. She is also a permitted to practice law before the United States Middle District of Florida. She is a member of the Florida Bar Association, Hillsborough County Bar Association, and the National Organization of Social Security Claimants' Representatives (NOSSCR).

Initially, she worked as an assistant state attorney in Pinellas County before moving the private sector in January 2003 when she started as an associate attorney with her current law firm.

Attorney, ABC Tampa Bay Morning Blend legal segment Know Your Rights, Tampa
This is a recurring weekly legal segment in which I discuss everything from workers' compensation, personal injury and social security disability.

Q. I filed for SSI disability earlier this year & my claim was denied. I didn't know what to do next?
February 12, 2019
A: You should consult with an attorney who handles SSD claims. You only have 60 days to file an appeal of the denial. If you filed a new claim, then you should discuss with an attorney whether it was filed using the available dates of disability if you didn't appeal the prior decision. You may need to amend your alleged onset date of disability in the new claim. Best wishes.

Q. I'm needing advise or representation in receiving social security benefits .
February 12, 2019
A: They may be sending you to their on doctor if your doctors have not addressed permanent restrictions. They basically want a medical source statement commenting on your residual functional capacity (RFC). You must attend any and all appointments they set for you or you will be jeopardizing your claim. It can take many months for them to gather all the records and review the claim. I encourage you to retain a qualified SSD attorney if you get denied. You will only have 60 days to file an appeal from date of denial!

Q. Workers Comp case Nurse Wants To Go in with me to my appointed Doctor's Appointment. Is she allowed?
February 6, 2019
A: Workers' Comp can assign a Nurse Case Manager to your file. We refer to them as the NCM. The NCM can meet with your doctors with or without you present. However, as a matter of practice, I send a letter to the carrier and NCM (if one is assigned) advising them I represent the claimant and that the NCM may NOT attend any appointments with my client and their medical providers. I only allow the NCM to notify my clients of date/time/location of medical appointments. NCM are not your friends. They are hired by the WC adjuster. You should be nice to them but you can certainly forbid them from being in the exam room with you and your doctor. Do not be surprised, however, if they meet with the doctor right after your appointment. However, again they are allowed by law to meet with the doctors. Best wishes and I hope this helped.

Know Your Rights legal segment on ABC Tampa Bay Morning Blend. Katherine discussing Workers' Compensation and the issue of subcontractors in the Construction business in Florida.

3 Major Changes in the Law

Know Your Rights legal segment on ABC Tampa Bay Morning Blend. Katherine discussing who the employer could be for purposes of workers' compensation when the accident occurred on a construction site by a subcontractor's employee.

Know Your Rights legal segment on ABC Tampa Bay Morning Blend. Katherine discussing First Responders can now get treatment and wage loss associated with PTSD without the requirement of suffering a physical injury.

Know Your Rights legal segment on ABC Tampa Bay Morning Blend. Katherine discusses auto accident coverage and things you need to know if you have an auto accident and how insurance coverage affects your case.