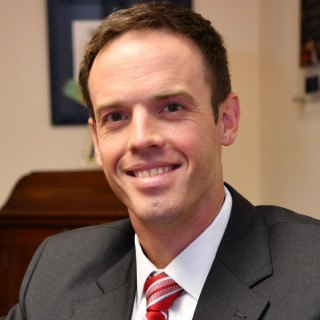 Anthony B. Holman is an attorney at the Philips Law Firm. From the firm's offices in Cincinnati, he focuses his practice on complex civil litigation, representing businesses and individuals throughout the greater metropolitan area. Admitted to practice in Ohio since 2008, Mr. Holman is also admitted to practice before the U.S. District Court for the Southern District of Ohio.

Raised in Cincinnati, Mr. Holman has extensive experience in representing clients who are involved in contract disputes and other types of business issues. His background also encompasses intellectual property and commercial real estate matters, and a portion of his practice includes personal injury and wrongful death litigation, in which he assists clients who have incurred economic and noneconomic losses due to the negligence or recklessness of other persons or entities. Throughout his career, Mr. Holman has been able to obtain favorable outcomes for his clients both at trial and through negotiated settlements. His colleagues have taken note of his successful track record and have awarded him an "Excellent" peer review rating through Avvo.

As an undergraduate, Mr. Holman attended Miami University in Oxford, Ohio, where he majored in business and was a member of the school's University Honors Program before receiving a Bachelor of Science in 2004. Remaining in Ohio, he pursued his legal education at the University of Dayton School of Law and was awarded his Juris Doctor in 2008. While he was in law school, Mr. Holman served an externship with two judges on the Montgomery County Common Pleas Court and was an adviser to its Moot Court Team. He has been with his current firm since 2012.

Outside the office, Anthony enjoys training for marathons, competing in CrossFit competitions, coaching his kids in sports, and serving the Indian Hill Mock Trial Program. He is also a founding member of, and judge for, the Hamilton County Youth Court -- a diversion alternative for juvenile offenders.