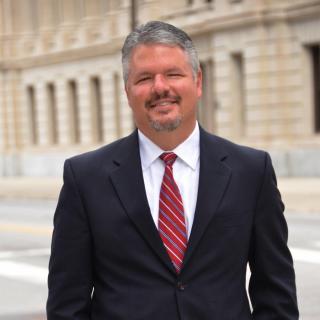 Mr. Churchward’s legal career began at the Allen County Prosecuting Attorney’s office where he tried cases in both the Misdemeanor and Felony divisions. While serving as a Deputy Prosecuting Attorney, he was exposed to a wide variety of cases ranging from violent crimes to misdemeanor and financial offenses, during which time he gained invaluable experience that he applies to his current practice. in 2000, Mr. Churchward took a position as an associate attorney at Leonard, Hammond, Thoma and Terrill and immediately began working for his clients with the same dedication that he displayed as a Deputy Prosecuting Attorney. After a 15-year tenure there, he has transitioned into solo practice and opened his own law office. During his career Mr. Churchward has litigated many high-profile cases, including the Murder case involving Fort Wayne Police officer, Gentry Mosley, and more recently, Michael Plumadore. He has also been part of the death-penalty defense teams for Ronrico Hatch and Simon Rios. Mr. Churchward not only defends clients in all counties in Northeast Indiana, but also accepts Federal cases in the United States District Court. In addition to his criminal defense and general civil practice, Mr. Churchward has also established an excellent family law and employment law practice. He can advocate for you in a wide variety of family law cases involving divorce, custody, child support, paternity and adoptions.