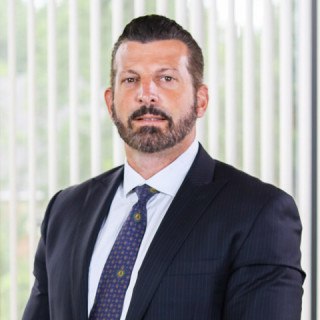 Anthony J. Gallo, a Partner in Tully Rinckey PLLC’s New York City office, focuses his practice on real estate law and bankruptcy law. In addition to his extensive background in real estate and general civil litigation, Anthony brings an added dimension of experience in entertainment law matters with a particular expertise in music industry affairs. He is licensed to practice in New York State, the U.S. District Court (Southern and Eastern and Districts of New York) and the U.S. Second Circuit Court of Appeals.

Prior to joining Tully Rinckey, Anthony was a managing member of AJ Gallo Associates, PC, where he focused his practice on bankruptcy matters. Concurrently, he was vice president and director of business and legal affairs for Cove City Music (CCM), where he negotiated deals and ran CCM’s day-to-day business operations. Anthony has extensive music licensing and transactional intellectual property experience procuring recording contracts for aspiring artists. Throughout his career, he has represented a plethora of well-established, prominent music and film industry professionals, including recording artists, songwriters, producers and actors. He also has been instrumental in the success of several known publishing companies in Nashville and New York that he helped build from the ground up.

He has published articles on various aspects of the law as it pertains to the music industry. Most noted works include “By The Way, What Exactly Is Music Publishing” and “Recording Artist Royalties: What Does the Record Company Really Owe You?” He also served as editor of several entertainment law columns published in various trade magazines.

“By The Way, What Exactly Is Music Publishing”

“Recording Artist Royalties: What Does the Record Company Really Owe You?”