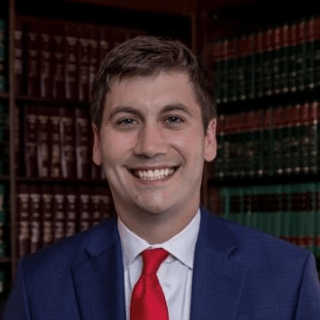 Attorney Anthony R. Riccio has quickly developed a reputation in the legal community as an excellent criminal defense attorney and one of the best young lawyers in Massachusetts. He has been selected to the Rising Stars list by Super Lawyers for Criminal Defense from 2016-2021; a distinction awarded to only 2.5 % of attorneys in Massachusetts.

In 2016, Attorney Riccio was admitted to practice in the United States District Court, District of Massachusetts and opened a second office in Quincy, MA, located near Quincy District Court and just minutes outside of Boston. With offices in Quincy and Attleboro, Attorney Riccio is easily accessible to those seeking a Massachusetts criminal defense lawyer or personal injury attorney.

Attorney Riccio was a prosecutor for the Bristol County District Attorney’s Office from 2012 - 2014. He worked at New Bedford District Court and Attleboro District Court prosecuting thousands of criminal cases, including both misdemeanor and felony charges. Attorney Riccio was the lead prosecutor in nearly forty trials, involving charges of operating under the influence of alcohol or drugs (OUI/DUI/DWI), assault & battery, larceny, indecent assault and battery, etc.