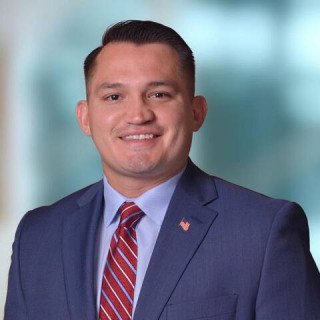 Art has pre-trial and trial experience, all of which ranges from contested motion hearings, complex dispositive motion practice, taking and defending depositions, pre-trial proceedings, picking juries, presenting and cross-examining witnesses, and arguing the jury charge. He has also assisted in trials involving a mixed bag of issues, including breach of contract, fraud, DTPA, personal injury claims, and trade secrets.

Ultimately, Art has learned a primary motivating factor: zealous advocacy to achieve the client’s goals, and nothing less. Clients may rest assured that their interests will be properly defended or prosecuted.

When not practicing law, Art can be found running the loop at memorial park, or (if in football season) watching a live college football game somewhere in Texas.

U.S. District Courts for the Southern, Eastern, Western, and Northern Districts of Texas

Q. Are verbal real estate contracts binding in Texas? My dad’s name isn’t on the deed of LeaseToOwn that’s being sold.
June 20, 2022
A: The statute of frauds requires that all contracts for the sale of land be reduced to writing. It sounds like your dad would have to file suit to quiet title to the property, and allege an unjust enrichment cause of action, which is probably the only claim in equity he can prove that payments came from him. It sounds like you may have some good proof of him making payments and even remodeling. Your dad has 4 years to bring the claim from when the "breach" occurred. I encourage you to contact a lawyer as soon as possible so that they may more thoroughly advise you of your rights.

Q. I just found the court case number that awarded me $5.5 million from the ins. Co that my lawyer said did not exist I
June 20, 2022
A: Hey there, this matter seems pretty serious. Can I ask, what exactly is your question here? Do you seek to recoup the funds?