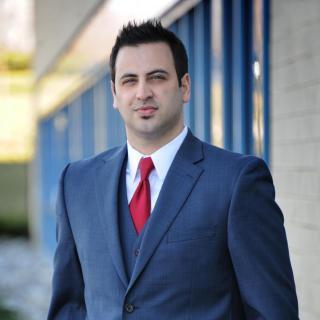 Arya Saleh, Esq. is an experienced former Assistant State’s Attorney who has prosecuted a diverse array of criminal matters before judges and juries in multiple jurisdictions throughout the State of Maryland.

He began his career as a judicial law clerk for the Montgomery County District Court, working alongside eleven District Court Judges. He was then appointed as an Assistant State’s Attorney for Frederick County, Maryland. He was first assigned to the District Court team, prosecuting thousands of misdemeanor cases, including DUI/traffic cases, drug offenses, domestic violence, and white-collar financial crimes. During this time, he was also designated as Special Prosecutor.

Arya distinguished himself and rapidly rose through the ranks, ultimately being promoted to the Felony Narcotics Division. In this role, he headed the County’s Gang Prosecution Unit, handling felony narcotics, gang, and firearms cases. Further, he was a member of a select team of Prosecutors overseeing high-profile, long-term narcotics-trafficking cases. The complexity of these cases included the supervision and authorship of search and seizure warrants and Title III wiretaps, working in tandem with the United States Attorney’s Office, the FBI, DEA, and Homeland Security.

Arya now puts this considerable experience to work leveraging his trial and negotiation skills – and familiarity with the courtroom – to effectively advocate for clients during the most difficult of circumstances. He is a member of the National College for DUI Defense, Maryland Association for Justice, MSBA and the Bar Associations for Prince George’s, Anne Arundel, Charles, Montgomery and Frederick Counties in Maryland.

Arya receives ongoing advanced DUI/DWI training at Harvard Law School, carries a 10.0 Superb rating from Avvo – and has received their coveted Client’s Choice Award – and has been selected for inclusion in every Super Lawyers Rising Stars list since 2016.