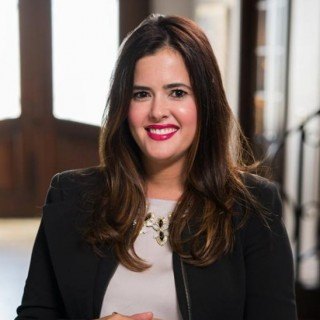 Ashley D. Rahill received her Juris Doctorate from the University of Oklahoma College of Law in 2011. Since admission to the bar in 2011, Ashley has been actively involved in the Oklahoma and Oklahoma County Bar Associations. She was a recipient of the Oklahoma Bar Association President’s Award in 2012, graduated from the OBA’s Leadership Academy in 2014 and was recognized by American Institute of Family Law Attorneys as one of the "10 Best Family Law Attorneys" in Oklahoma in 2017.

While in law school, Ashley served on the Dean’s Leadership Council as a student mentor for incoming first year law students and was involved with the OU College of Law Criminal Defense Clinic. Ashley was also a recipient of the American Jurisprudence award in Legal Research and Writing I and II and the Scribes Legal Writing Award.

Ashley Rahill graduated from the University of Oklahoma in 2008 with a Bachelor of Arts in Journalism and Public Relations and minor in Political Science. While in undergrad, she received the Valedictorian Honor Scholarship and was a member of Pi Beta Phi Sorority.