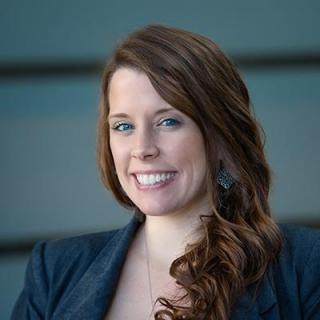 Ashley was born on September 6, 1985, in Indianapolis, Indiana. She and her husband, Michael, are blessed with two beautiful children, Beau and Madelyn. Ashley started out her legal career in 2003 with an internship, which quickly turned into a job as a personal injury legal assistant from 2004-2008 during her undergraduate years at Indiana University Purdue University Indianapolis (IUPUI). Ashley obtained a bachelor's degree in psychology from IUPUI with a minor in criminal justice. While an undergrad, Ashley received the Psychology Neel Award for graduating as the psychology major with the highest academic achievement. She then worked as a personal injury paralegal from 2008 to 2015. Ashley was admitted to the Bar in Indiana in September 2015 after obtaining her law degree from Indiana University Robert H. McKinney School of Law in May 2015. While a law student, Ashley excelled in her writing and oral classes. She was a Moot Court barrister in 2012, and she served as a Deans Tutorial Society (DTS) tutor from 2012-2014. Ashley cares for her clients, and she is dedicated to maintaining open, prompt, and thorough communication at all times. Because Ashley worked her way up from internship to legal assistant to paralegal to attorney, she knows the ins and outs of a personal injury case from start to finish, and she promises to work diligently, professionally, and passionately for each and every client. When not working, Ashley spends the majority of her time with her family. Some of her mom skills include: an amazing memory for children's books/TV show jingles and the ability to feed the two pickiest eaters in the world. She is passionate about her Lord and Savior, her family, and her career, and she enjoys reading, scrapbooking, and watching Psych, Monk, and The Office over and over again with her husband when the children are finally asleep! Her weaknesses include: chocolate and Dr. Pepper.