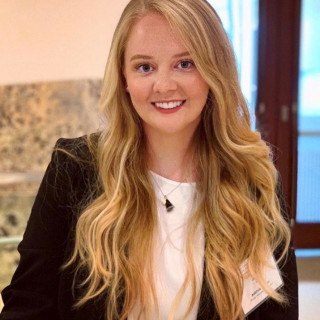 A North Carolina native, Ashton has called the Triangle home for more than twenty years.

She attended the University of North Carolina at Chapel Hill earning a Bachelor of Arts degree, majoring in Journalism and Women's and Gender Studies. Refusing to leave her Tar Heel roots behind, Ashton returned to Chapel Hill to attend the University of North Carolina School of Law. While at UNC, Ashton was published in Volume 15 of the First Amendment Law Review for her article, "The Right to Post: How North Carolina's Revenge Porn Statute Can Escape Running Afoul of the First Amendment Post-Bishop." Ashton then went on to serve as the Editor-in-Chief for Volume 16 of the First Amendment Law Review. Ashton also served as Vice President for the Media Law Society and as Mentorship Coordinator for Women in Law. Ashton was a member of the Student Bar Association and served on the Dean's Advisory Council as well as the Career Development Committee. Ashton also participated in the Domestic Violence Action Project, through which she assisted domestic violence survivors in obtaining 50B protective orders.

Ashton's passion for domestic violence advocacy led her to intern for the North Carolina Coalition Against Domestic Violence where she completed comparative law research that led to the filing and passage of Senate Bill 600, Britny's Law, in 2017. She also participated in lobbying efforts with the National Network to End Domestic Violence and assisted with direct legal services, law enforcement trainings, and policy research.

Ashton lives in Cary, North Carolina with her partner and an array of cute animals. Pronouns: She/her/hers.