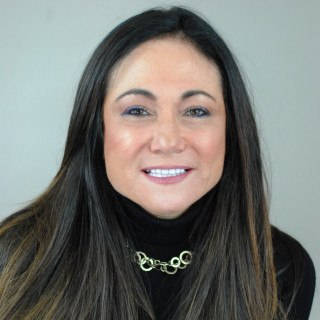 Barbara has been practicing law in the St. Louis Metro East area for over 27 years, concentrating in the areas of family law, real estate law, criminal defense and general civil practice.

She completed both her undergraduate degree and Juris Doctorate at Washington University in St. Louis, Missouri. During law school, she clerked on the Court of Appeals in Eastern Missouri and worked at a personal injury law firm.

After graduating, she worked at the Law Firm of Lucco, Brown, and Mudge in Edwardsville, Illinois. Additionally, Barbara was the lead attorney in the Domestic Violence/Child Support Enforcement Unit of the Madison County State’s Attorney’s Office for over 2 years.

Barbara opened her own practice in Edwardsville, Illinois in April, 1993. Her practice encompasses being in-house-counsel for Abstracts and Titles, a position she has held for almost 25 years.

Barb volunteers at several philanthropic organizations in the community, including being a member of the board of the Edwardsville Arts Center.

While Barbara projects a confident and assertive attitude in the courtroom, her instinctual approach in cases is to attempt a settlement. Her many years of experience have taught her that parties are infinitely happier if they make the decision about the resolution of a case themselves instead of having a Judge decide.

Can I Claim My Child On My Taxes If It Is Not My Turn If My Ex Is Not Paying Support?

If your ex is behind on support, can you claim your child on your taxes even if it is not your turn? Let Barb explain more about this issue. Sherer Law...

Do I Need An Attorney If I Want To Relocate With My Kids After A Divorce?

Barb explains how this process works, how complicated it can be, and how you need the help of an experienced lawyer. Sherer Law Offices in Edwardsville, Illinois is sincerely committed to...

Do I Really Need A Will?

Barbara describes WHY you need a will, even if you think you don't have much of anything. Sherer Law Offices in Edwardsville, Illinois is sincerely committed to a mission of protecting...

Barb explains what you should and should not do in this situation. Sherer Law Offices in Edwardsville, Illinois is sincerely committed to a mission of protecting and representing our clients with...