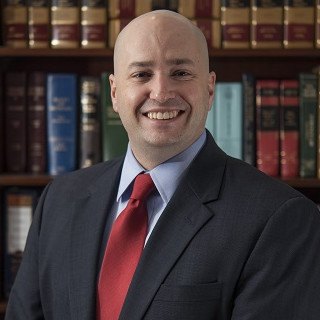 I was born and raised in Fort Wayne, Indiana, attending Indiana University in Bloomington, Indiana, where I majored in Political Science and graduated with honors.

After graduating law school, I was a certified legal intern with the Marion County Prosecutor’s Office, in the Narcotics Division, until I became a Deputy Prosecuting Attorney in 2009. During my tenure at the Prosecutor’s office, I started as Deputy Prosecuting Attorney in Misdemeanor Court, was promoted to the D Felony division, and was again promoted to be one of the two Gang prosecutors in 2011. I was then assigned as a Major Felony Drug Prosecutor, a position I held until being promoted to Major Felony Division. During my time in Major Felony, I maintained an active caseload of murder, robbery, attempt murder, and aggravated battery cases. I left the Marion County Prosecutor’s Office in the fall of 2015 for private practice in the areas of criminal law, family law, and general litigation.

I am currently an attorney with Avnet Law in Noblesville, IN.

Associate Attorney
Mitchell Law Group
2015 - 2019
I represented dozens of clients in all areas of Family Law to include, dissolution of marriages, paternity actions, child custody modifications, and child support modifications. I currently served as a Guardian Ad Litem (GAL) in Hamilton County.