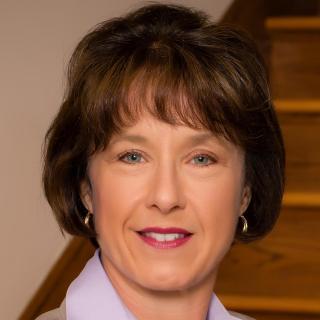 Roanoke, Virginia, Personal Injury Lawyer: Ms. Bettina C. Altizer (Partner) was born in Uniontown, Pennsylvania. At the ripe age of three, she decided that she wanted to be a lawyer and that desire never wavered. Bettina moved to the Roanoke Valley with her family in 1973 and graduated with high distinction from the University of Virginia in 1985 with a B.A. in American Government. Bettina graduated from the University of Virginia School of Law in 1988. began practicing with her father, Jack Altizer, in 1991 and they formed the Roanoke injury firm of Altizer & Altizer in Roanoke, VA. They practice exclusively in personal injury, with a special emphasis on medical malpractice, auto accidents, and nursing home neglect. When her father retired, Bettina continued on the tradition and formed Altizer Law, P.C. She continues to concentrate her practice in personal injury law representing those her need her the most -- the people who have been injured as a result of the wrongful conduct of another.

President
Altizer Law, P.C.
2012 - Current
Bettina began her own practice last year when her father and law partner retired. She excited to have a new look with the same great service and care of her clients. Bettina and Altizer Law, P.C., is committed to be Your Shield of Protection and Your Sword for Justice -- a mighty combination of caring and a fighting attitude with the skills and smarts to back it up.

Law Clerk
Law Clerk for the Honorable Samuel Wilson, Western District of Virginia
1990 - 1991
I had the distinct honor and privilege of being Judge Wilson's first law clerk when he began his judicial tenure. I am eternally grateful for that opportunity and experience.

Associate
Baker & Hostetler
1988 - 1990
I practiced with this large law firm in the areas of insurance defense work and litgation.

Professional Women Resources
Member
1994 - Current
Activities: I am proud to be one of the founding members of this wonderful group of professional women.

Will The Person Who Injured Me Be Punished

Will the Person who Injured me be Punished?

What Is Medical Malpractice

What is Medical Malpractice?

What is Personal Injury Law

What is Personal Injury Law?