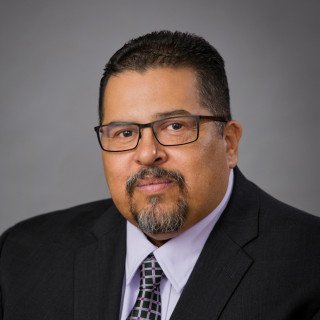 Mr. Luna grew up in Porterville, California which is located in rural Tulare County. He joined the United States Air Force, immediately out of high school, where he worked hydraulic systems on the F-111 Aardvark.

After leaving the United States Air Force, he moved back to his hometown and enrolled in community college. Suffice it to say, it took Mr. Luna a few years of stumbling through various courses, before he found his passion in the law. While in community college, he enrolled (at the prompting of a local attorney) in an ABA approved Paralegal Program and the rest is history. Mr. Luna excelled in the program and discovered he had a true passion for the law. It was upon the completion of the paralegal course work, wherein the seed for law was planted.

Mr. Luna ultimately moved to Sacramento, California and obtained a Bachelors in Business and a Masters in Public Policy and Administration from Sacramento State University.

Upon completion of his Masters, he enrolled in the evening division at McGeorge School of Law, while working full-time for the Sacramento Superior Court. Today, Mr Luna has well over 20 years of family law experience. His career in family law began at the Sacramento Superior Court, followed by employment for two law firms whose primary practice was family law. During his employment with those firms, he also operated his own family law legal document preparation business. His practice is exclusively limited to all aspects of family law.

Mr. Luna founded the Law Offices of Bobby P. Luna in April of 2010. Through the Firm’s philosophy of providing competent, practical and low-cost representation, the practice has grown exponentially. The practice of family law is about helping people, during one of the most difficult and stressful times of their life. At the Law Offices of Bobby P. Luna, we utilize a common sense approach to assist you in navigating through those complex family law issues.