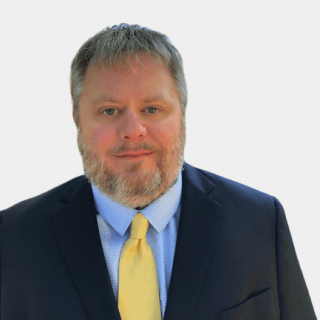 After graduation Mr. McLelland decided to move to the Georgia coast to be closer to family. He spent the next several years practicing primarily insurance defense of personal injury claims such as automobile accident, slip and fall injuries, dog bites, and workers’ compensation claims. Realizing his heart was not with the insurance companies, he began his own firm with the mission of helping the very same people who were injured in the accidents which he had previously defended. A decade later he partnered with his friend, David Whitworth, to form Whitworth & McLelland. Together, they combined their resources, experience, and talent to offer the best representation of the injured anywhere in the state of Georgia. Mr. Whitworth recently retired from the practice of law and Mr. McLelland resumed his solo practice.

Mr. McLelland is married to a teacher who currently works at the Federal Law Enforcement Training Center. Together, they enjoy raising their eight-year-old daughter. When they have free time, his family enjoys traveling and relaxing at the beach.

Attorney Competance or Lack Thereof-Under What Circumstances May An Attorney Ethically Handle a Matter in which the Attorney is not Competant? Is an Ethical Rule Necessary to Restrain such an Attorney?
Journal of the Legal Profession

Q. Who should I do?
April 8, 2021
A: Yes, there is not an easy answer here, though I would lean on the side that says 45 minutes is a little too far to force you to drive. You will need an attorney. Find someone locally - not a tv advertiser.

Q. If the PPD payments are straight math then why do we hear of insurance offering more to settle and close?
October 19, 2019
A: Closing the medical portion of the file should your condition worsen. Also, foreclosing be possibility of you getting income benefits should the medical condition change for the worse. You need a lawyer to review your situation.

Q. Was doing tree work for a man fell messed up 2 vertebrae in my back he said he is not liable is he or not?
September 19, 2019
A: He may or may not be depending on a number of issues. You need to speak with a workers' compensation attorney first who will let you know if you are covered. Depending on that answer, you will need to speak with a personal injury attorney -- who may be one in the same. But either way, you should not trust the person you were working for.

At The Law Office Of Brad S. McLelland, we are dedicated to providing our clients effective and compassionate legal representation. For over 20 years Brad McLelland has successfully taken on...