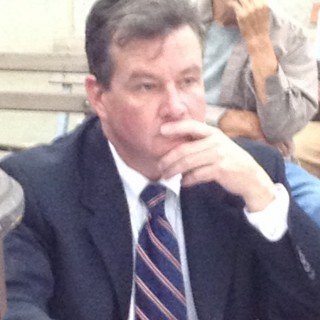 Louisville Criminal Defense Attorney Brendan McLeod is available to represent you. Also, Brendan McLeod is an Oldham County Criminal Defense Attorney, too. Mr. McLeod lives and practices in Oldham County. Currently, the majority of his practice is in Louisville, or Jefferson County. A straight shooting criminal attorney who has the background and experience to get what you want or get it at trial. And Win! He is a veteran of Operation Desert Storm, trained and entered into a USAF Combat Weather Unit, supporting the Army 20th Special Forces.
Being an attorney who is a fighter and defender is apparent if you watch his trials on YouTube. Channel: KY Real Criminal Trials. The trials, only 8 of his 24 circuit acquittals, demonstrate his knowledge and experience at trial, and his mastery of the rules of evidence. Mr. McLeod seems to know where the prosecution is going in their line of questioning and objects before they can ask the prejudicial. In other words, he keeps the government from "ringing the bell."
At the top of his game, Mr. McLeod is successful at all critical and non-critical due process areas of your case. Procedurally whether you are pre-arrest/search warrant, bond reduction, arraignment, probable cause hearings, grand jury, numerous pretrials for suppression or other issues and jury trial. He is the best for his clients.
Driving Under the Influence or Murder, he has tried them all, and wins!
He has tried trafficking cocaine, heroin and methamphetamine possession, marijuana over 5 pounds trial, assault first degree, promoting contraband, arson, convicted felon in possession of handgun and murder. As far as misdemeanor there have been numerous assault 4th degree domestic, drive under the influence and carrying concealed deadly weapons criminal trials.
The Best Attorney for his clients and the "Louisville Criminal Attorney" Mr. McLeod will get the outcome you deserve. Free consultation and open 24 hours a day, please call.

Lead Counsel in Murder, Burglary Trial in Paducah, Kentucky
Louisville Criminal Defense Attorney Brendan McLeod
2018 - 2018
NOT GUILTY in a MURDER/BURGLARY TRIAL in Paducah, Kentucky (McCracken County). A puzzling murder and burglary charge that I took on 1.5 years ago. The son of the Paducah Heating and Air Conditioning was charged with Murder and Burglary. Approached by the family I proceeded into a journey that made me doubt anything that I was being told was real. Jury selection started on November 5, 2018 and ended at roughly 11:45 pm, November 10, 2018. The Jury found NOT GUILTY on Murder and Burglary.

Attorney - Criminal Defense Attorney in Louisville, Kentucky.
Louisville Metro Public Defender Office
2001 - 2002
Criminal defense in the capacity of publc servant. I was at the Public Defender for 1 year. I tried 5 cases, 1 circuit and 4 district. I tried an Assault in the First Degree 4 months after passing the BAR. That would be my first acquittal. I tried two misdemeanor cases, 1 domestic and one disorderly conduct and two DUI. Two acquittals and 2 offers beaten.

Intern.
Court of Common Pleas, Allegheny County - Judge Zottola
1999 - 2000
Any extra time I went to Allegheny County Court of Common Pleas Criminal, Judge Zottola. I sat through criminal trials from DUI to Murder. I wrote opinions, always too verbose and heavily edited/deleted by the judge, and I would hangout with the courtroom deputy. Good times.

Most Advanced Project Award for Troutman Sanders Integration
CSRA International
1996
Took Troutman Sanders from DOS, Netware and dial up modems to a turnkey 1995, Windows NT, FDDI Backbone, WAN with all Internet access seamless from the desktop. Sounds easy now, but in 1995. Harumph.

Q. Hi my boyfriend is in jail
April 16, 2018
A: Yes. He can move within the state. Both Owensboro and Muhlenberg are located in Kentucky. Kentucky is a bond state. This means that although the bond may be really high there has to be a bond set. There should be a bond that is articulable and able to be posted. There could be a typo in the question, but if not then it appears both warrants are actually in the stat of Kentucky. The inmate should be fluid between the jails.

Q. Can one single areast make me a persistent felony
March 18, 2018
A: Yes and No. If you have two qualified prior felony convictions then you would be PFO 1. You qualify the felony convictions in that to count for Persistent Felony Offender you have to be over 18 at the time of committing the felony. If they are separate felonies then they can only enhance once if they are plead and sentenced together. If the question is that they have no record at all and this is the first problem then they cannot be a persistent felon. It is by way of status you become a persistent felon, not any sort or type of criminal offense .

Q. My fiancé got stopped in a drive way for dui and refused a breathalyzer but still got arrested what should he do now
March 5, 2018
A: It really doesn't matter where you are stopped in regards to a DUI. If operating a motor vehicle and under the influence of alcohol or other intoxicant, officers, with probable cause for DUI, can effect an arrest. It severely weakens their case when someone refuses the breathalyzer because they have not affirmative proof. You can figure out that it weakens their case and they do not like people to refuse because they pretrial suspend your license. They take your license at arraignment, or shortly after, if you do not comply by taking the breathalyzer or any other test asked to be taken. You are entitled to a refusal hearing and it really is like a probable cause hearing. The best thing is that they need both the officer and the breathalyzer technician present in order to win, or keep your license pretrial suspension. You often get your license back. If you lose the hearing it is a straight 6 month loss of license. I would get a private attorney, but I would not pay more than 750 initially because it simply may never be able to be tried. It should not be understated, however, that a DUI will impede him for some time. No military, people similarly situated will be taken over him in job applications because of the DUI. Lastly, do not mention mental health and his desire to self medicate with alcohol because they do not care. More importantly, voluntary intoxication is not a defense.

"You are not as dumb as you look." McLeod calls. PLEASE SUBSCRIBE TO CHANNEL.

If it isn't too much to ask. If you have time would you go to my law office in Google Business and rate my business? My clients and...