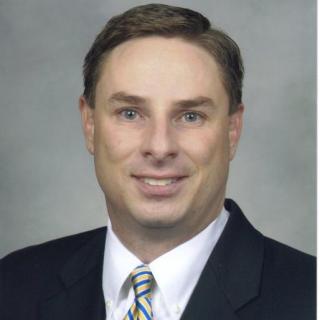 Brent has been practicing law since 2008 when he became a judicial law clerk/staff attorney to the Hon. Jeffrey T. Burdette, Chief Judge, 28th Judicial Circuit, and Chief Regional Circuit Judge, Cumberland Region. As a law clerk/staff attorney, Brent worked on matters ranging from death penalty cases to will contests, business litigation, and property claims. Brent received his B.A. in English from the University of Kentucky and his J.D. from the Ohio Northern University College of Law. During law school, Brent became a member of Phi Alpha Delta Law Fraternity and the American Constitution Society. He worked as a teaching assistant and research assistant during his 2nd and 3rd years. Brent was a member of the Moot Court Board of Advocates and a Winner of the 2007 Burke Smith Mock Trial Competition. Brent is a member of the American, Fayette County, and Kentucky Bar Associations; American Association for Justice; Kentucky Justice Association; Director-at-Large, Kentucky Association of Criminal Defense Lawyers; and a Barrister in the American Inns of Court (Central Kentucky Inn). Brent is admitted to practice in the Courts of the Commonwealth of Kentucky; United States District Courts, Eastern and Western Districts of Kentucky; and the United States Court of Appeals, Sixth Circuit. Brent received an AV rating from the Martindale-Hubbell Peer Review Rating Survey which is the highest rating for ability and ethics. On June 17, 2014, Brent received the 2014 Public Advocate Award from the Kentucky Department of Public Advocacy during its annual conference for his conflict representation of indigent defendants. Brent takes conflict cases from multiple DPA trial offices. Brent is a native of Lexington and married to the former Tara Knapp. They have twin sons who are now 11 years old.

Q. In Kentucky if a person is released on shock probation with a 4 yr and 2 day sentence and happens to
June 23, 2021
A: He or she will get credit for any and all time served on that particular case. When out on parole, a defendant get credit for time on parole, "street credit."

Q. My probation recently expired 2 weeks ago but apparently Im still on it as well as having an active warrant for which
May 14, 2021
A: The best person to ask is your probation officer. I don't think anyone else would know why.

Q. Okay, so yes I could be absconding but why did they get to get vaccines and protect themselves but i can't?
February 23, 2021
A: That is a question you can ask the Judge. When you are on probation, you can't expect a full panoply of rights.