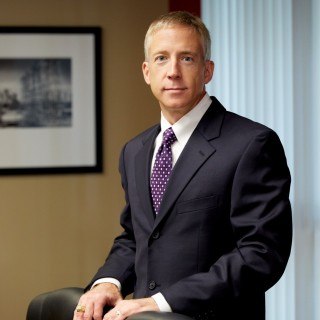 Brian L. Bunt is a native of Longview, Texas. He attended Texas A&M University, receiving his B.A. in Political Science in 1986. He obtained his law degree from Baylor University School of Law, where he was a member of the National Mock Trial Team and named a moot court top-ten speaker.

Following law school, Mr. Bunt joined the firm of Roberts, Hill & Calk, in Longview, achieving the rank of partner. During this time, he practiced in the areas of commercial litigation, personal injury, employment law, charitable organization defense, and general civil litigation. In 1997, Bunt co-founded his own law firm focusing his practice on representation of companies, individuals, churches, and schools in complex litigation matters. He maintains an active insurance defense and transportation industry defense docket, and also serves as a mediator in all types of contested civil disputes. In 2009 Bunt Law Firm became part of Freeman Mills PC.

Bunt is board certified in civil trial advocacy (National Board of Trial Advocacy) and personal injury trial law (Texas Board of Legal Specialization). Bunt has extensive experience in the state and federal courts of Texas. He has tried numerous cases to jury verdict, representing both plaintiffs and defendants. Over the years, Mr. Bunt has achieved remarkable success in defending lawsuits, receiving a summary judgment (or similar no liability or damages dismissal) in approximately 20% of his cases.

Bunt carries an “AV Preeminent” rating with Martindale Hubbell peer review rating service and has been named a Texas Top Rated Lawyer by American Lawyer Magazine. In 2002, Bunt was awarded the status of Senior Counsel in the American College of Master Advocates and Barristers. Bunt is a Certified Mediator, having received his training from the National Mediation Academy in 2003.