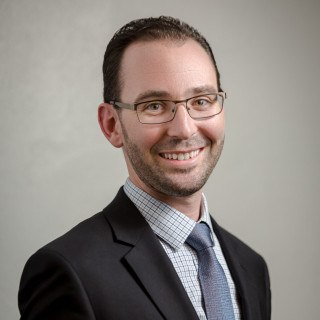 Brian is passionate about trial work, and spent over seven years doing mock trials before becoming a lawyer and an adjunct professor/trial coach for law students at the James E. Rogers College of Law. Brian co-teaches the top 8 oral advocates at the law school and prepares them to compete in the National Trial Competition, the nation's most prestigious trial competition. He has won numerous awards for his trial advocacy abilities, including the William T. Birmingham award for Outstanding Trial Advocacy (presented each year to the top trial advocate in the University of Arizona Law School's graduation class) and the Jenckes Cup (as part of a two-person team from U of A Law competing against two ASU Law students in a closing argument).

Brian now uses his trial advocacy skills to help people who have been injured or have been accused of crimes. Brian is a member of the Arizona Association for Justice and the Pima County Bar Association. He was honored by the Tucson Hispanic Chamber of Commerce and the Arizona Daily Star with a “Tucson’s 40 Under 40 Award,” which recognizes young leaders who are making an impact in the community with their professional and charitable work.

Brian's extensive background in the Information Technology field led to his interest in the burgeoning field of computer and cell phone forensics, and he now serves as an expert in the field, assisting attorneys in computer crime and computer security issues. Brian teaches various topics regarding law and technology and digital forensics and evidence at the annual Arizona Public Defender Association conference, and to other attorneys seeking continuing legal education (CLEs).

Q. I applied to get my restoration of rights and gun rights. They have not responded by the deadline. Tucson AZ.
February 4, 2019
A: The State is not required to file a response. The Judge will typically wait until the State's response time has expired before issuing a ruling. Sometimes the judge will set a hearing for you to attend, sometimes the judge will simply rule on the motion. You'll have to watch to see if a hearing is set, so that you can show up and request your rights restored.

Q. If I got a dui off the clock, can I be fired?
January 14, 2019
A: Unfortunately, the answer is probably yes. Arizona is a right-to-work state, meaning an employer can fire you for any reasons, as long as it is not unlawful. That means employers can have rules about their employees having no criminal convictions. There are many professions where getting a DUI will result in termination. This is why it can be so important to fight a DUI charge. Often, if you can win the case, there will not be adverse consequences at work.

Q. Both my husband and son are in county jail, just got arrested 2 weeks ago , not same cases , I need a pro bono lawyer .
January 4, 2019
A: If they are in jail, public defenders will be (or have already been) appointed to represent them. Public defenders will represent them free of charge. So, you do not need to find a pro-bono lawyer, as they likely already have them. They are certainly free to hire their own lawyers, but it is difficult to find lawyers (other than public defenders/court-appointed lawyers) that can afford to take a case free of charge.

Injured in a car crash? We can help!

If you have been injured in a car crash, call us to schedule your free consultation.

Charged with a crime? We Can Help