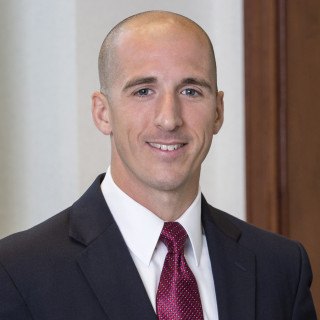 Brian M. Latuga dedicates his practice primarily to Criminal Defense in state and federal courts. He is a skilled trial attorney, a 2nd Amendment advocate, and is well-versed in a variety of fields. Brian fights for your freedom to return you to your family, children, and job. He handles all serious felony, DUI, CPS, violent, sexual, or white collar criminal charges, and will provide experienced and knowledgeable representation in civil litigation and forfeiture matters. He is especially passionate about defending caregivers wrongfully accused of "Shaken Baby" or child abuse.

Brian became a Police Officer in 2005 and served with both the Virginia Beach Police Department’s Third Police Precinct and its Traffic Safety Unit. During his policing career Brian made hundreds of criminal arrests, conducted well over 400 DUI investigations and issued thousands of summonses. He is certified and proficient in RADAR, LIDAR, Commercial Motor Vehicle Weighing, the Alco-Sensor FST (the Preliminary Breath Test), Advanced Crash Investigations, Interview and Interrogation Techniques, and Advanced SWAT. He was a licensed operator of the current DUI breath alcohol instrument for over six years. Brian has a thorough working knowledge of police training, certifications, procedures and the intricacies of criminal law.

Brian is also a former Senior Assistant Commonwealth’s Attorney with the City of Virginia Beach. While there he tried misdemeanor and felony cases of all types. In both judge and jury trials Brian has litigated nearly all crimes, including Involuntary and Voluntary Manslaughter, Assault and Battery- Law Enforcement, Larceny, Burglary, Robbery, Malicious and Aggravated Malicious Wounding, Rape, Robbery, DUI-Manslaughter, DUI-Maiming and Murder.

Q. I have court for a situation that occured where I had a firearm on federal property. Need to ask more questions
May 16, 2022
A: Go to your court appearance and either ask for a public defender or more time to hire an attorney. He will need an attorney report for this type of charge. Generally, it is a misdemeanor.

Q. Can I own a gun if I had a class 1 misdemeanor 11 years ago? It was for third offense driving with a suspended license,
May 9, 2022
A: There is no bar with a conviction of driving suspended to ownership of a firearm as allowed under other applicable laws of Virginia and the US.

Q. If a person waives their right to counsel at their arraignment and later decide they do want counsel how do they do so?
March 21, 2022
A: Hire counsel. The attorney will take care of it.