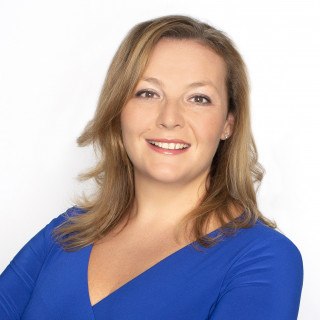 Britt Burner joined the firm in March 2014. Since that time‚ she has been the driving force behind our Manhattan office. Immediately after taking the bar‚ Britt started working at Dewey & LeBoeuf LLP in Manhattan as a litigation associate and then became an Assistant District Attorney in the Sex Crimes Bureau at the Kings County District Attorney's Office. Britt then went on to be an associate at a Manhattan firm focusing her practice on Elder Law and Estate Planning. Britt received her undergraduate degree from Boston College and her Juris Doctor from Brooklyn Law School where she was a Notes & Comments Editor of the Brooklyn Law Review.

For her sixth consecutive year‚ Minneapolis-based Law & Politics publishers of Super Lawyers magazines named Britt as a Rising Star Attorney. Super Lawyers‚ published in the New York Times Magazine is a listing of outstanding lawyers from more than 70 practice areas who have attained a high degree of peer recognition and professional achievement in their respective fields. Each year‚ no more than 5 percent of the lawyers in the state receive this honor.

In 2016 Britt was named as a "Brooklyn Star under 40" by Star Network which honors young professionals in Brooklyn under 40 years old who exemplify outstanding leadership skills‚ not only in their chosen fields‚ but also in their community. In 2017 she received the honor of being named an "Outstanding Woman in Law" by Hofstra University School of Law Center for Children Families and the Law and Long Island Business News.

In addition to her Bar Association responsibilities, Britt is a charter member of the Advisory Council for The Katz Institute for Women's Health at Northwell. The Katz Institute is a leader in women's health, dedicated to improving the quality of life for women by providing educational resources, prevention, wellness programs and clinical care.

Changing Your Will in the Middle of a Divorce
South Shore Press
November 4, 2020

A Power of Attorney is Essential for Medicaid Planning – Even if You are Married
South Shore Press
September 9, 2020

Should You be Applying for Medicaid Before the October 1st Deadline?
South Shore Press
August 5, 2020

Returning Your RMD to Benefit from the CARES Act
Times Beacon Record
July 29, 2020

The Duties of an Administrator/Executor
South Shore Press
May 22, 2020

I Have an Irrevocable Trust, Now What?
Times Beacon Record
July 17, 2019

Will the Government Take My Home If I Apply for Medicaid?
South Shore Press
September 17, 2018

What is Elder Law?, Online
October 1, 2020
Burner Law Group, P.C.
Elder law is concerned with aiding seniors in implementing estate plans with a particular focus on long-term care, incapacity, and wealth transfer at death. Join us as we discuss the specific issues facing us as we age and how to protect yourself by putting together a plan of action in case of incapacity that affords you the greatest autonomy and dignity.

Retirement Planning After the SECURE Act, Online
October 7, 2020
The Bristal Assisted Living
Does my trust need an update? Signed into law December 20, 2019, the SECURE Act has changed the estate planning landscape for retirement benefits. Join us as we discuss this change and other 2020 updates.

Understanding the Role of Trustees and Executors, Online
October 14, 2020
The Bristal Assisted Living
Join us as we discuss estate planning and the responsibilities of being named as an executor or trustee.

Retirement Planning After the SECURE Act - Presented by BLG & the Bristal

Guardianship: Providing for an Incapacitated Adult

When someone becomes incapacitated and failed to put the proper estate planning documents into place, a family member cannot simply take over that persons finances or decide where that person should live. Due to the important civil liberty concerns involved, a guardianship proceeding must be brought. Our attorney Britt Burner sheds light on this special proceeding and the different roles played by the judge, petitioner, court evaluator, interested parties, and court appointed attorney.

What specific clauses do you need in your Will? Britt Burner discusses specific clauses that you may want to include in your Last Will & Testament, such as children’s pot trust, specific bequests, beneficiary trusts, pet trust, power of appointment, disclaimer bypass planning, charitable donations and more!

Attorney Britt Burner explains how a Pooled Income Trust works in conjunction with Community Medicaid. If you are considering "Aging in Place" and how to pay for long term care, it is crucial you understand your options. A Pooled Income Trust allows you to meet the income eligibility requirements and, at the same time, retain the income to pay bills.

Medicare and Medicaid: How Do They Work Together?

Medicaid and Medicare are both government programs that provide health coverage. Medicare is available for people over 65 yo or who have a disability, regardless of income level. Medicaid coverage has strict income eligibility guidelines. How they overlap and what each covers can be confusing. Britt Burner breaks down Medicare and long-term Medicaid programs available in New York.

Britt Burner, Esq. discusses how to structure your estate planning to fit your particular circumstance when you have children from a previous marriage. Many people are surprised by how their assets would be allocated upon their death - if they do not have a will. Is it your wish to leave assets to both your spouse and children from a prior marriage?

Duties of an Executor & Administrator

Most people know the rudimentariness of a Will and that the nominated executor is tasked with administering the estate. But do you know what duties are entailed and the steps involved? Britt Burner, Esq. discusses the duties of the administrator of an estate (when there is no will) and executor of a will.

Duties of a Trustee

Britt Burner of Burner Law Group discusses the duties of a trustee. A trustee is a fiduciary who administers the assets placed into a trust, either for the benefit of the trustee or a third party. The duties depend on the trust instrument and the type of trust, such as irrevocable, revocable or special needs trust. Whether you have a appointed someone as a trustee or you yourself are a trustee, it is important to know the duties involved.

Why Covid 19 has made Advanced Directives crucial in estate planning.

As attorneys, we have found that COVID-19 and the accompanying shutdown has reshaped some of our beliefs and approaches to estate planning. This is no time to panic, but it is an opportunity to learn from the upheavals brought on by the virus and examine how they change the way we counsel our clients as they create or amend their plans. How Covid-19 has made advance directives and the durable power of attorney crucial documents for people of all ages.

How has the coronavirus affected Medicaid long-term care eligibility? Is Medicaid embracing Telehealth beyond the pandemic? Join Britt Burner as she discusses how Covid-19 has affected Community and Chronic Medicaid.

Attorney Britt Burner on Retirement planning under the SECURE Act

Join BLG's Britt Burner, Esq. as she discuss the changes to retirement accounts under the December 2019 SECURE Act.

Medicaid Explained: Pooled income trusts & how to advocate for the home health services you need!

To view our past webinars, visit our website at https://burnerlaw.com/webinars/

Medicaid long-term care is a joint state and federal program to help seniors who meet certain asset and income guidelines to get the healthcare they need - either in a...

Estate Planning for All Ages: Part 1

Join our attorney Britt Burner, Esq. as she discusses what you need to know about Estate Planning including advance directives and protection of assets.