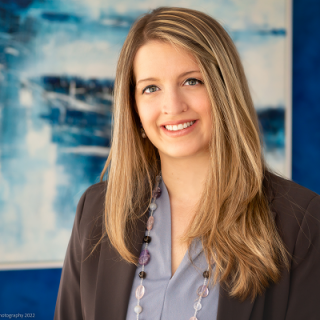 Brittni Sullivan is an attorney at Burner Law Group‚ P.C. She joined the firm in January 2013 as a legal intern while she was still in law school. After graduating‚ she was invited to join the firm when she was admitted to practice in February 2015.

In 2020‚ for the fourth consecutive year‚ Minneapolis-based Law & Politics publishers of Super Lawyers magazines announced that Brittni had been named as a Rising Star Attorney. Super Lawyers‚ published in the New York Times Magazine is a listing of outstanding lawyers from more than 70 practice areas who have attained a high degree of peer recognition and professional achievement in their respective fields. Each year‚ no more than 5 percent of the lawyers in the state receive this honor. In 2018‚ she received the honor of being named an "Outstanding Woman in Law" by Hofstra University School of Law Center for Children Families and the Law and Long Island Business News.

How much does a trustee get paid?
Times Beacon Record
October 27, 2022

What is a Medicaid Fair Hearing?
South Shore Press
June 1, 2022

Have you checked if you have unclaimed funds in New York state?
South Shore Press
January 26, 2022

How do you start an Article 81 discovery and turnover proceeding?
South Shore Press
December 1, 2021

How do you expand powers in an Article 81 Guardianship?
South Shore Press
October 27, 2021

Medicaid Tips: Community Budgeting – How a Nursing Home Resident Can Keep $904 instead of $50 per month
South Shore Press
September 15, 2021

Medicaid Tips: How to Get a Housing Allowance When Discharged from a Nursing Home
South Shore Press
August 11, 2021

Can I Transfer My Home if I am on Community Medicaid?
South Shore Press
February 3, 2021

What happens to your house when you enter a nursing home?
South Shore Press
October 21, 2020

How to Leave Assets to a Spouse with Alzheimer’s Disease
South Shore Press
August 5, 2020

Naming Guardians for Minors in your Last Will & Testament
South Shore Press
June 22, 2020

Naming Guardians for Minors in your Last Will & Testament
South Shore Press
March 27, 2019

Veterans Benefits & Advance Directives, Online
October 21, 2020
The Brisal Assisted Living
Are you a Veteran or the spouse of a Veteran? If so you may qualify for veterans' benefits to help offset the rising cost of long-term elder care. Bristal Assisted Living welcomes attorney Brittni Sullivan, Esq. of Burner Law Group, P.C. to discuss the eligibility guidelines and application process for Aid and Attendance and housebound benefits. Additionally, learn about Advanced Directives,durable power of attorney, health care proxy, & living will