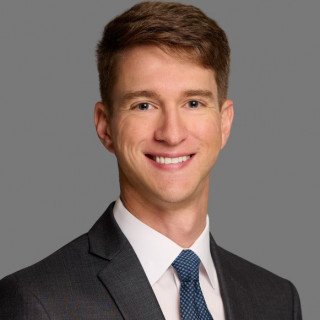 Bryan was born in Orlando, Florida. His family moved to Charlotte County a year later. He attended Port Charlotte Middle School and Charlotte High School (Class of 2008). He attended the University of South Florida in Tampa, Florida, and graduated with a degree in Economics. Immediately thereafter, Bryan attended Stetson University’s College of Law in St. Petersburg, Florida, where he was an Honor Roll student and graduated with his law degree.

Bryan joined All Injuries Law firm in May of 2017. Before then, he worked as an attorney at a large insurance defense firm in Sarasota representing giant insurance companies and Employers in the defense of injury claims. His defense work allowed him to learn the various strategies and tactics that insurance companies utilize to defend injury cases. That experience provided valuable insight that Bryan and All Injuries Law Firm consider in the pursuit of justice for the injured people we represent. Bryan is Board Certified in Workers' Compensation.

Bryan is happily married to his wife, Meghan, and they have three children, Blake, Maddox, and Ayden. Bryan is an avid fisherman, golfer, outdoorsman, and sports fan.

Bryan takes pride in the fact that he works in his hometown and helps injured people in the community.

Attorney
All Injuries Law Firm
2017 - Current
Representing injured people in and around our community.

Attorney
McConnaughhay, Coonrod, Pope, Weaver & Stern, P.A.
2016 - 2017
Represented insurance carriers and giant employers in the defense of injury claims before switching sides and undertaking representation of injured people, which Bryan has done ever since.

Florida
The Florida Bar
Since 2015