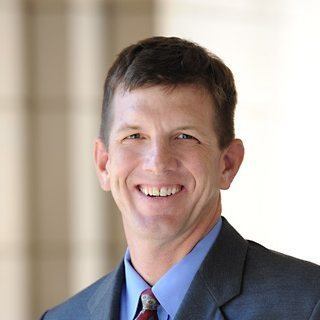 Bryan Gowdy is a Florida Bar board-certified appellate specialist who has briefed and argued numerous appeals in state and federal courts, including the U.S. Supreme Court and the Supreme Court of Florida. AV-rated by Martindale-Hubbell, Bryan is listed as a Legal Elite by Florida Trend magazine and as a Super Lawyer in the top 5% of Florida lawyers by Law and Politics magazine.

Raised in Tampa, Bryan Gowdy received his undergraduate degree in international economics from the School of Foreign Service at Georgetown University, where he played NCAA Division I soccer and was a scholarship Naval ROTC student. After graduation, Bryan served as an active-duty naval line officer on ships home-ported in Italy and Japan and deployed to the Persian Gulf. Bryan later entered the Naval Reserves and became commanding officer of a 60-person reserve unit.

After leaving active-duty, Bryan returned home to Florida and entered the University of Florida College of Law, where he graduated first in his class. He also was inducted into the Order of the Coif and served as Management Editor of the Florida Law Review.

After law school, Bryan served as a judicial law clerk, first for Judge Maurice M. Paul of the U.S. District Court for the Northern District of Florida and then for Judge Susan H. Black of the U. S. Court of Appeals for the Eleventh Circuit. Following his clerkship with Judge Black, Bryan joined the Jacksonville office of McGuire Woods, where he practiced primarily commercial litigation at the trial and appellate level. Bryan handled appeals in state and federal courts on commercial and class action matters, as well as some matters of family law, post-conviction relief, and civil rights.

Bryan subsequently joined Rebecca Creed at the firm to be a full-time appellate lawyer. In addition to his work in commercial matters and class actions, Bryan's substantive practice runs the gamut from criminal to family law to personal injury and products liability appeals. Bryan frequently lectures at legal seminars on appellate topics.

Bryan has devoted numerous hours to pro bono cases. In 2009, he earned the Pro Bono Award from the Appellate Practice Section of The Florida Bar. Currently, he is the chairperson of the pro bono committee of the Florida Bar's appellate practice section, and he serves on the board of directors for Jacksonville Area Legal Aid.

Bryan is past chairperson of the appellate law section of the Jacksonville Bar Association. He also is an alumnus of the First District Appellate American Inn of Court and the Chester Bedell Inn of Court. He was a barrister in both inns.