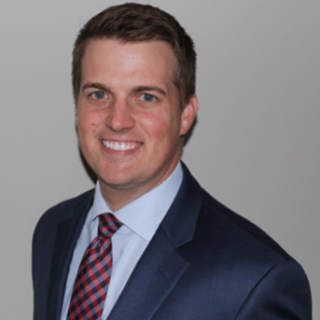 Bryant J. Mcfadden is a partner attorney at Gatzke and McFadden Law Offices in New Berlin, Wisconsin. Serving a diverse range of clients throughout the Milwaukee/Waukesha metro region, Attorney McFadden focuses his practice primarily on family law and divorce. In addition, he also represents the rights and interests of those with legal needs involving criminal and traffic defense and business law.

A Wisconsin native, Attorney McFadden earned his undergraduate degree in business in 2012 from the Lubar School of Business at the University of Wisconsin-Milwaukee, where he also received his certification in international business. Following that, he attended Marquette University Law School, where he obtained his Juris Doctor in 2015 and received an induction into the Pro Bono Society in recognition for his outstanding volunteer legal services.

Over the course of his career, Attorney McFadden has earned a reputation as one of the top lawyers in the state, and he routinely takes on the toughest cases that other attorneys either will not or cannot handle. A veteran of numerous criminal matters, Attorney McFadden credits that experience with helping him provide the highest level of advocacy and support to all he serves, and the advocacy skills he learned as a criminal defense attorney serve him well as he fights for the best possible outcomes for his clients no matter the legal issues they face.

Along with his notable success fighting for the rights and liberties of the accused, he has helped numerous clients resolve their conflicts and reach agreements involving high-conflict child custody battles, high-asset property division and other related matters, and he has helped recover several settlements and awards for his Plaintiff clients.