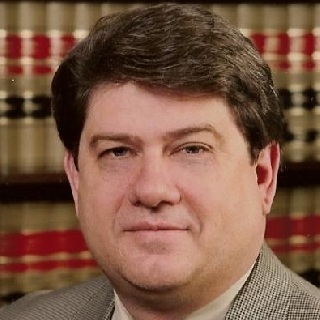 Cal J. Potter, III; is an AV rated trial lawyer who has represented the injured & accused for over 30 years.
He is the founding President of the Criminal Defense organization know as the Nevada Attorneys for Criminal Justice. He is a graduate of Gerry Spence's Trial Lawyer's College in Dubois, Wyoming.

He is a Past President of the Nevada Trial Lawyers Association, that represents injured parties and wrongful death cases he is also a Board Member of its Citizens For Justice representing the interests of injured people in the Nevada Legislature.

Mr. Potter has also handled many victims of car accidents and casino injuries who have suffered Traumatic Brain Injuries. Mr. Potter has also served as Lead Counsel in Two Class Action cases involving the Overcrowding of two Nevada Prisons. Mr. Potter was also class counsel in a case that ended the illegal practice in Clark County where citizens were held Eight Days without seeing a judge and then Kicked-out of the Detention center.

Mr. Potter was co-counsel legendary attorneys F.Lee Bailey in the MGM Fire Litigation and with Melvin Belli in the Tailhook Litigation.

Mr. Potter has also won many appeals in the Ninth Circuit Court of Appeals and his case of US v. Curtin has been the
subject of the Harvard Law Review.