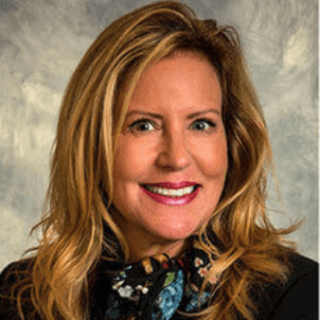 Carin Johnson is a passionate defender of parents’ rights and has practiced dependency and juvenile law for over 27 years. She received her Bachelor of Arts Degree at Chico State University and is a graduate of Golden Gate University, School of Law, 1993.

In September 2010, Carin presented oral argument in the California First District Court of Appeal, involving a case where the dependency court denied her client reunification services and sought to terminate her parental rights. Carin fought hard for the mother and won a rare REVERSAL, of the lower court’s ruling. This changed California law.

Again, Carin argued a wrongfully-accused parent in a multiple broken bone case and got a unanimous reversal in the California Court of Appeals, Fourth District. The case was ordered to be sent back to trial again – and another unanimous reversal resulted in the eventual return of the child to the parents’ care. Carin Johnson fought with the court in both trials, wrote both appeals, obtained reversals in both appeals, (the first one was reversed by the appellate court to “prevent a substantial injustice”) and eventually, the child was REUNIFIED with her parents and returned home.

Another one of Carin’s cases made national headlines in 2003 with the infamous “spitball case” where an overzealous DA prosecuted an eighth grader for shooting spitballs in the hallway at school. Carin was featured on Greta Van Sustren, “On the Record” and the Bill O’Reilly show, “The O’Reilly Factor” and on the BBC.

Partner
Law Offices of Johnson & Johnson
1993 - Current
I am in a partnership with Peter J. Johnson at the Law Offices of Johnson & Johnson. The majority of my 25-year practice has been focused on juvenile law. I have litigated 100's of cases, shaken baby, abusive head trauma, general abuse, criminal defense, death cases (25 to life), I have practiced in counties all over the State of California. Specifically, I have experience presenting direct and cross experts and cross-examination, in Court, on shaken baby syndrome allegations now abusive head trauma, forensic pathologist experts, severe physical abuse allegations, broken bones, psychologists, SART nurses, doctors, and child abuse experts, sex abuse experts, as well as broken bone experts, emergency room and abusive head trauma experts, and child interviewing process in the area of suggestibility and the tainting of children and it’s effects during interviews as well as forensic interviews.

CPS/CFS Must Provide Reasonable Services! – Do Not Let Them Get Away With Taking Your Child, Putting The File In A Stack Of Other Files And Then Do Nothing
Law Offices of Johnson & Johnson
2020

Cross Over Issues in Domestic Violence Cases and Juvenile Court
2005

How to Handle Sex Abuse Cases
2004

CPS "There is nothing good about what I see" Pt2

CPS "There is nothing good about what I see" Pt.1

"In the Interest of the Children" CPS Exposed- Freedom Forum

Carin Johnson - In the Best Interests of Children