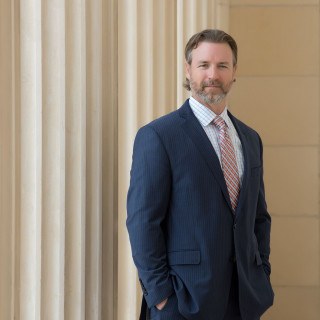 Carl E. Reynolds III was born and raised in Orlando, Florida. As a native Floridian, he was educated in the Orange County Public School System and was among the first 4-year graduating class from Dr. Phillips High School. Mr. Reynolds earned his Bachelor’s Degree in Political Science from Brigham Young University and went on to obtain his Juris Doctorate, with Honors, from the University of Florida.

While at the University of Florida, Mr. Reynolds was a member of a Moot Trial Team which traveled to Austria and competed with law schools from across the globe. Mr. Reynolds graduated from UF with Honors and began his legal career in the Central Florida Area.

Outside the Office
Mr. Reynolds is married to Mariah Summer with four children, Carson, Amelia, Sophia, and Trey. He is an avid sportsman enjoying golf, basketball and spending time with his wife and children at the beach, at the pool or at the park. The Reynolds are active supporters of a local Christian Church in Bradenton, Florida. The Reynolds are also proud supports of local youth little league sports and Mr. Reynolds coaches both boys and girls youth lacrosse, boys youth football, and boys youth basketball.