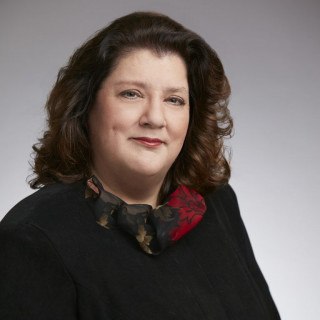 Carolyn Grimes is a partner in the firm, practicing in all areas of family law including divorce, spousal support, child custody, child support, equitable distribution, retirement issues, and prenuptial agreements, among other areas. She practices in all of the Circuit and Juvenile and Domestic Relations Courts in Northern Virginia and has argued before the Court of Appeals. She has lectured on family law topics ranging from custody to retirement issues, including military, federal, civilian and Foreign Service divorce and retirement issues, for various organizations in the Commonwealth. In addition to traditional litigation, Ms. Grimes practices law in the collaborative law model. She is also a mediator herself.

Named a Top Attorney in 2015 from Washingtonian Magazine, Ms. Grimes actively serves the community as well. She was the 2009 and 2006 President of the Board of Directors for Legal Services of Northern Virginia (LSNV), has served on its Board for many years and has performed many hours of pro bono work for the organization. She is a Past President of the Alexandria Bar Association, for which she has co-chaired the Pro Bono and Community Service Committee and chaired the “Beat the Odds” Program, a scholarship program for youths who have overcome adversity. She also participated in the American Bar Association program offering legal assistance to victims of the September 11, 2001, attacks. She has served is on Bar Council for the Virginia State Bar and has been a panel chair for the Virginia State Bar Fee Dispute Program as well.