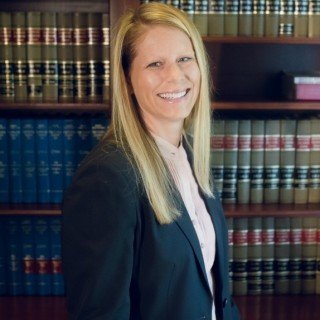 Cassie Clagett is a founding partner of Clagett & Barnett, PLLC, who has helped clients through difficult times in the Elizabethtown and the surrounding area for over 6 years. .

Cassie began her career as a consumer protection lawyer for a mid-size law firm in Chicago, Illinois, wherein, she helped clients handle their lemon law and warranty rights claims against all the major car manufactures. In 2011, Cassie moved back to her hometown of Elizabethtown, Kentucky, where she represented both plaintiffs and defendants, focusing her practice on insurance defense, personal injury, products liability and employment law. In 2015, wanting to expand her area of practice, Cassie began working for Aldridge & Aldridge where she handled not only personal injury and consumer protection claims, but began helping clients navigate the difficult terrain of divorce, child custody and adoption in Elizabethtown.

Cassie received her undergraduate degree in Business Administration at Saint Mary’s College at Notre Dame in 2002. She then went on to complete her Juris Doctor (JD) at Thomas M. Cooley School of Law where she graduated in 2005. Cassie is licensed to practice in the states of Kentucky, Illinois and Minnesota and the District of Columbia. Cassie is also admitted to practice before the United States District Courts for the Northern District of Illinois, Eastern and Western Districts of Kentucky, District of Minnesota and is a member of the Federal Trial Bar.