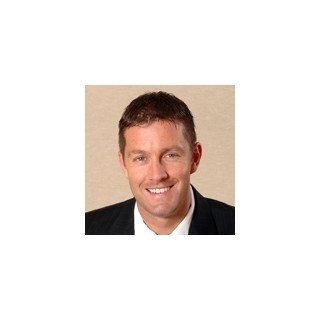 Chad West has dedicated his career to protecting the rights of individuals who are facing difficult legal circumstances. Throughout his career, he has worked on a vast variety of cases ranging from complex litigation suits to car wreck cases to workplace injury cases generating over $200 million in verdicts, judgments, and settlements. Chad's practice focuses on civil litigation, personal injury, and car accidents.

After growing up on a farm in Southern Illinois, Chad attended and graduated from Washington University in St. Louis and was commissioned as a Second Lieutenant in the United States Army. He served in Hungary and Bosnia as an Army operations officer and, after being promoted to Captain, at Fort Sam Houston, Texas as a training officer and Company Commander. For his service and leadership, Chad was awarded a Meritorious Service Medal, an Army Commendation Medal, two Army Achievement Medals, and the Airborne and Expert Field Medical Badges.

After receiving an honorable discharge from the Army, Chad attended the nationally recognized Texas Tech University School of Law, and graduated with honors. He initially clerked for Judge Terrie Livingston, an appellate judge at the Court of Appeals for the Second District of Texas, Fort Worth. Subsequently, Chad worked for a Texas legendary trial firm and learned the art of representing victims of negligence. Chad then opened his own firm in Oak Cliff, near his home and community.

Chad is passionate about his community. He organizes and chairs the Dash for the Beads, a 5K Fun Run that raises funds for North Oak Cliff, he serves on the Dallas Leadership Committee of Lambda Legal, an organization that fights for equality for everyone, and he serves on the Board of Directors for the Oak Cliff Chamber of Commerce.

Chad's practice is dedicated to the representation of individuals.

Principle
Law Office of Chad West
2010 - Current
Founder and Principle of boutique law firm with focus on helping individuals who are victims of car accidents and negligence of others.

For Body, Soul, or Wealth: The Evolution and Policy Implications of a Water Ethic
26 Stanford Environmental Law Journal 201
2007

Oak Cliff Chamber of Commerce
Board of Directors
2010 - Current