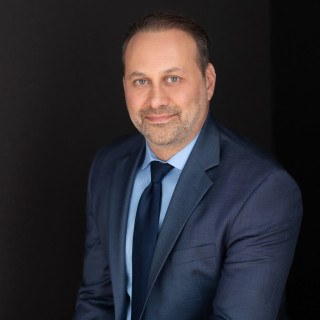 If you are being threatened by the IRS, it is a serious situation that requires quick action. We can provide you with the expert assistance you need.

Chad C. Silver, Managing Partner of Silver Tax Group is one of the most aggressive and respected tax attorneys in the United States. He specializes in tax defense work and has achieved numerous successes for his clients. Focusing his practice exclusively on tax matters, he provides representation in matters involving IRS audits and negotiates settlements and compromises with the agency on behalf of his clients. Mr. Silver also handles litigation in the United States Tax Court as well as criminal tax defense. With an aim to educate people about tax issues, regulations, laws and their rights, Mr. Silver published a book called "Stop the IRS" in 2014.

His excellent ability as a tax attorney is evident in his track record of success. In one representative matter, Mr. Silver was able to negotiate with the IRS to reduce a tax debt from $682,437 to zero. In another matter, he was able to persuade the IRS to give his client a status of hardship and currently non collectible for a $167,000 tax debt.

Mr. Silver received his Bachelor of Science in political science from Oakland University in 2000. He then pursued his legal education at what is now known as Western Michigan University Thomas M. Cooley Law School and was awarded his Juris Doctor in 2007. An active participant in the Taxation Section of the State Bar of Michigan, Mr. Silver is admitted to practice in Michigan and before the United States Tax Court. A strong believer in the importance of giving back to his community, Mr. Silver donates his time and services to several charitable organizations. He has provided pro bono services to Friends of the Macomb County Veterans' Treatment Court since 2011. He has also donated time to the Public Broadcasting Service as well as to the Anti-Defamation League.

Q. what is the best way to report unreported income for small business that has gone for many years. what kind of lawyer?
November 26, 2018
A: A Tax Attorney would be the best professional to guide you through this process. It is very important the matter is handled with someone you have an Attorney Client privilege with. You can contact our office at 855-900-1040.

Q. I just received a notice saying I owe GA state taxes from 2012 , this is the first time I have heard from them.
November 19, 2018
A: The only way to know is to have a Tax Attorney contact Georgia and conduct a State Tax Investigation. Please let me know if my firm can help: 855-900-1040. The statue of limitations for Georgia runs longer than the IRS. Best, Chad Silver Sliver Tax Group

Q. I have a signed 8332 and divorce decree grants me to claim child on taxes. Can I still claim if I have arrears balance?
November 17, 2018
A: The new Tax Code changes as a result of the Jobs Act removed your ability to claim a child as a dependent. You may still be eligible for child care tax credits. This is the first year for the new changes and you may be surprised (happy or mad) about the results. Best, Chad Silver Attorney at Law