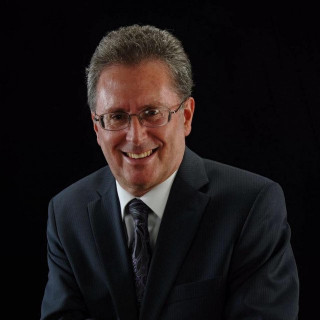 Mr. Moster heads the Firm’s Oil & Gas Law Practice at our office in Midland – Odessa at the Claydesta Center (pictured below) in addition to its Intellectual Property practice with an emphasis on Artificial Intelligence. He has represented top computer scientists in the field.

Mr. Moster’s experience over 33 years as an AV-rated lawyer is multifaceted. He commenced his practice as a business and litigation attorney for the U.S. Department of Commerce during the Reagan and Bush administrations focusing on industrial projects in excess of $1 Billion. He has represented Oil & Gas companies in diversified areas from production to distribution to related services, among other areas.

Mr. Moster also practices in the areas of intellectual property/technology law, commercial litigation, appellate practice, and entertainment law. He is a graduate of Georgetown University in Washington, D.C. (1977) and holds a law degree from Temple University School of Law of Philadelphia, PA. (1984). Additionally, he earned his master’s degree in political science from San Diego State University (1979).

Mr. Moster joined the Washington, D.C. law firm of Deckelbaum & Ogens in 1990 after leaving the U.S. Department of Commerce and became a Partner at that Firm which concentrated in the areas of commercial litigation and business law. He co-founded the Austin-based law firm of Moster Wynne in 1996 (now RWR Legal) before opening The Moster Law Firm which has offices in Midland-Odessa, Lubbock, Amarillo, Abilene, Wichita Falls, Austin, Dallas, and Houston. He has been conferred the “AV Preeminent” rating from Martindale Hubbell, which is the highest level of achievement granted to attorneys nationwide for legal excellence and the highest ethical standards of practice (5 of 5 possible scores).