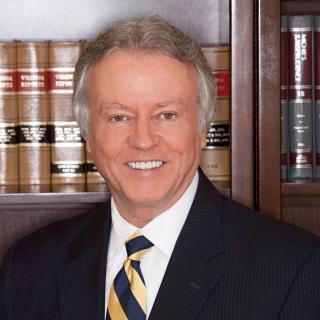 Charles B. Roberts is a personal injury and wrongful death attorney with over 30 years of experience in the practice of personal injury law. During this time, he has won numerous million dollar personal injury cases and received multiple awards, including being selected by the Wall Street Journal as one of the " Capital Regions' Premier Personal Injury Attorneys". He was also named a " A Top Trial Lawyer in America " by the Multi-Million Dollar Advocates Forum. Mr. Roberts' representative clients have included NFL football players, most notably a Pittsburgh Steelers/Super Bowl winning running back, a television star, multi-platinum recording artists, doctors, lawyers, elected officials, and thousands of others who needed a lawyer that could be trusted to represent them. Charles B. Roberts has handled many high profile cases that were featured in television programs, in newspapers and magazines, and on the radio. Mr. Roberts' case involving the wrongful death of a Virginia man due to the failure of a local 911 Emergency Response System resulted in the multiple Emmy Award winning television show " Insider Exclusive " filming a nationally aired program starring Mr. Roberts. In another case, Mr. Roberts received nationwide publicity while successfully representing alleged White House Party Crasher Tareq Salahi in a $50,000,000 personal injury lawsuit against the multi-platinum band Journey and Mr. Salahi's Hollywood publicity agent. Mr. Roberts is a member of the American Trial Lawyers' Association, the Virginia Trial Lawyers' Association, attended Harvard Law School, and authored the book, " How to Handle a Motor Vehicle Accident Case".

GS-14 Attorney Advisor
US GAO
1980 - 1986
Conducted investigations and filed reports on federal programs for the US Congress.

Law Clerk to the Senior Justice of the Court
Supreme Court of Ohio
1978 - 1980
Drafted opinions and legal memorandums for the Court .

A Top Trial Lawyer in America
Multi-Million Dollar Advocates Forum
2014
Attorneys who have won awards for their clients of $2,000,000 or more and who have distinguished themselves in the practice of law are eligible to receive this award.