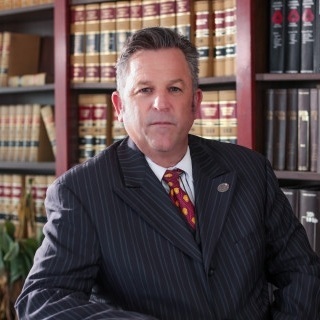 Charles Magill’s relentless and creative style of legal service has resulted in more than 150 jury and court trial victories. Because of his uncanny ability to explain complex legal cases with unmistakable clarity, many news organizations, including FOX, ABC, CBS, NPR, NBC, The Wall Street Journal and The Fresno Bee, have sought his concise legal insight in interviews. He is an active member in the local Fresno Community and a member of the Greater Fresno Area Chamber of Commerce. He and his firm have received multiple awards of recognition, many of which are a direct result of client nomination.

Charles Magill, the firm's president, began practicing law in Fresno in 1989. For the past 22 years Mr. Magill has defended private individuals, not the government. He has conducted over 150 jury and court trials in State and Federal courts. Charles is well-known as a tenaciously fierce, creative, and knowledgeable trial attorney. He thinks out of the box which has led to his successful reputation in the Valley.

In this Ask an Expert segment, host John Malos interviews Laura and Charles Magill from Magill Law. Join John, Laura, and Charles as they discuss their law office, take calls from viewers, and more.