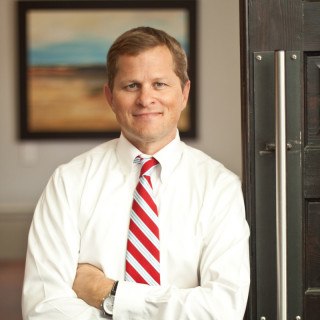 Charles McAleer founded The McAleer Law Firm, P.C., in 2003, to devote 100% of his practice to representing plaintiffs in cases involving personal injury, workers’ compensation, and contract litigation. He has never represented an insurance company. Each year, McAleer recovers millions of dollars for his clients and brings several cases to trial every year with outstanding results.

The type of cases McAleer tries before a jury include, among others, cases involving wrongful death, catastrophic injury and also other serious injury cases. When an insurer is unreasonable in its negotiations with McAleer Law, the firm does not hesitate to file suit because it some cases that is simply what it takes to get a large insurance company’s attention.

After graduating from Emory in 1996, McAleer worked abroad for five years as General Counsel for an international manufacturing company. McAleer managed all litigation in which the company was involved. McAleer also has experience in company mergers and acquisitions and has drafted several M&A transactions and has been hands on in post merger contract management. McAleer also led a mergers and acquisition team through several purchases and mergers including post-transaction corporate integration.

McAleer has also been an adjunct professor of U.S. law at the University of Trier, Germany, which included legal research, torts, civil procedure, and contracts.

If you suffer from a disability, a long term illness and have been injuries and can not work. Visit http://mcaleerlaw.com to find out just how much the social security programs...

When it comes to accidents, time is your enemy. Visit http://mcaleerlaw.com to find out what it takes to receive all the money your case is worth.

http://mcaleerlaw.com/ McAleer Law Firm.The insurance companies and the government have an army of lawyers that will fight for them, but who will fight for you? Have you been injured in a...

http://mcaleerlaw.com/ McAleer Law Firm in Atlanta, Georgia. If you’ve been injured in an accident, hurt on the job, or denied social security disability benefits you need help to get the care...

http://mcaleerlaw.com/ The McAleer Law Firm is a firm dedicated to obtaining justice for clients injured in car wrecks, trucking accidents, motorcycle accidents, and any other incidents that have caused physical or...