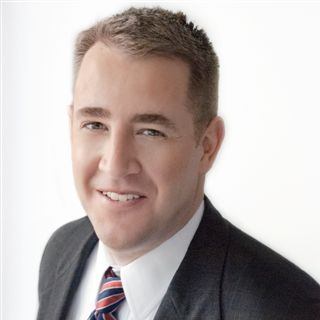 Mr. Kettlewell received his BA from Ohio University in 1996 and his JD from Capital University Law School in 2000. He is admitted to practice before the Supreme Court of Ohio and the United States District Courts for the Northern and Southern Districts of Ohio. He is AV Preeminent rated and was voted 2012 Best Lawyers “Lawyer of the Year” in Ethics and Professional Responsibility in Columbus, Ohio. His professional memberships include the American Bar Association (Center for Professional Responsibility), Association of Professional Responsibility Lawyers (APRL), Ohio State Bar Association, (OSBA) Columbus Bar Association (CBA), and the Central Ohio Association for Justice (COAJ). Mr. Kettlewell dedicates the majority of his practice to the law of lawyering. He primarily represents lawyers on ethics and disciplinary matters, bar applicants in admissions matters, nonlawyers in unauthorized practice of law matters, and provides expert witness services and representation in legal malpractice actions. Mr. Kettlewell currently: 1) serves on the CBA Professionalism Committee; 2) serves on the CBA’s Judicial Campaign Committee; 3) serves as Chair of the Ethics and Professional Responsibility Committee for the COAJ; and, 4) was elected in 2012 to serve on the OSBA District 7 Council of Delegates. He has written hundreds of private advisory opinions for clients from solo practitioners to international law firms, has defended hundreds of attorney grievances, and has appeared as counsel on numerous occasions before Panels of the Board of Commissioners on Character and Fitness, as well as before the Supreme Court of Ohio. Mr. Kettlewell has written for “Columbus Bar Briefs” (The Daily Reporter) and frequently teaches CLE courses on legal ethics and professionalism for various bar organizations and government agencies.