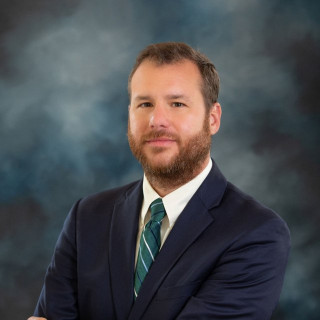 Charles Stiegler is an experienced labor and employment attorney who has fought cases involving allegations of discrimination, retaliation, and unpaid wages in state and federal courts throughout the country.  After graduating with honors from LSU law school, Mr. Stiegler worked for high-end law firms based in Silicon Valley and New York City before starting his own practice here in New Orleans, Louisiana.

He specializes his practice in claims of unpaid overtime, unpaid wages, and unpaid commissions, but also practices in all other aspects of employment law including non-compete agreements, trade secret claims, False Claims Act lawsuits, and claims involving workplace discrimination or harassment. Mr. Stiegler is a former clerk to the Hon. Jeanette Theriot Knoll (ret.) of the Louisiana Supreme Court, and also practices appellate law including writs and briefs to the Louisiana Supreme Court.

Mr. Stiegler is licensed to practice in all state and federal courts in the states of Louisiana and California, and has appeared pro hac vice in courts in New York, Texas, Arizona, Colorado, and Ohio.

Developments in Employment Law and Social Media
The Business Lawyer
2016

Offering Monetary Rewards to Public Whistleblowers: A Proposal for Attacking Corruption at Its Source
Ohio State Journal of Criminal Law
2012

Q. How long does an employer have to pay you expenses owed if you are getting paid per diem?
October 11, 2022
A: There is not necessarily a set answer to this. Per diem pay / expense reimbursement can be tricky, and depends on the specific employment policy or agreement in place. They can also interact with overtime laws in complicated ways. I would suggest reaching out to a local employment attorney for more information.

Q. If employer owns 2 stores do they have to pay overtime if splitting time between & 2 different checks?
September 28, 2022
A: It is very likely that this is a legal violation which would allow you to recover lost wages and penalties, but I would need a few more facts to know for sure. We've represented workers in similar cases with good results. Feel free to email or call for more information.

Q. If u work for a company and u don't get paid how long does the company have until your able to sue
January 31, 2022
A: Strictly speaking, there's no minimum time limit before suing, but it almost never makes sense to just file suit without taking certain steps first to ensure you've positioned yourself in the best possible manner. Jumping straight to filing a legal action is rarely the best or most efficient way to proceed. But as is often the case, the answers to these questions can be highly specific and you should reach out to a local labor attorney to discuss your personal circumstances.