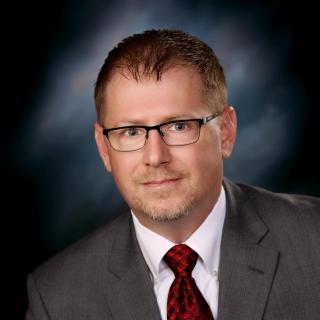 Charles Kenville was born and raised in Fargo, North Dakota. He graduated from Fargo South High School and attended North Dakota State University in Fargo where he received a Bachelor of Science degree in Sociology in 1995. He received his Juris Doctorate from Drake Law School in 1999. After being admitted to practice in Iowa, Charles started his career with the Polk County Attorney’s Office in Des Moines as an Assistant County Attorney. As a prosecutor Charles tried several felony jury trials. Charles went into private practice after serving as a prosecutor and defended people charged with every level of criminal offense from traffic tickets to 1st degree murder. He also handled state and federal criminal appeals and state post-conviction proceedings. In 2010 Charles was offered the opportunity to be the lead attorney and supervisor of the Fort Dodge Office of the State Public Defender. As supervisor he handled the management of the office and took responsibility for the most serious cases the office defended. His time at the public defender’s office included being the lead attorney on six different murder cases and co-counsel on two others. Throughout his time as a prosecutor, private attorney, and public defender, Charles has had over 30 criminal jury trials. He is available to assist you with legal representation in any criminal law matters.